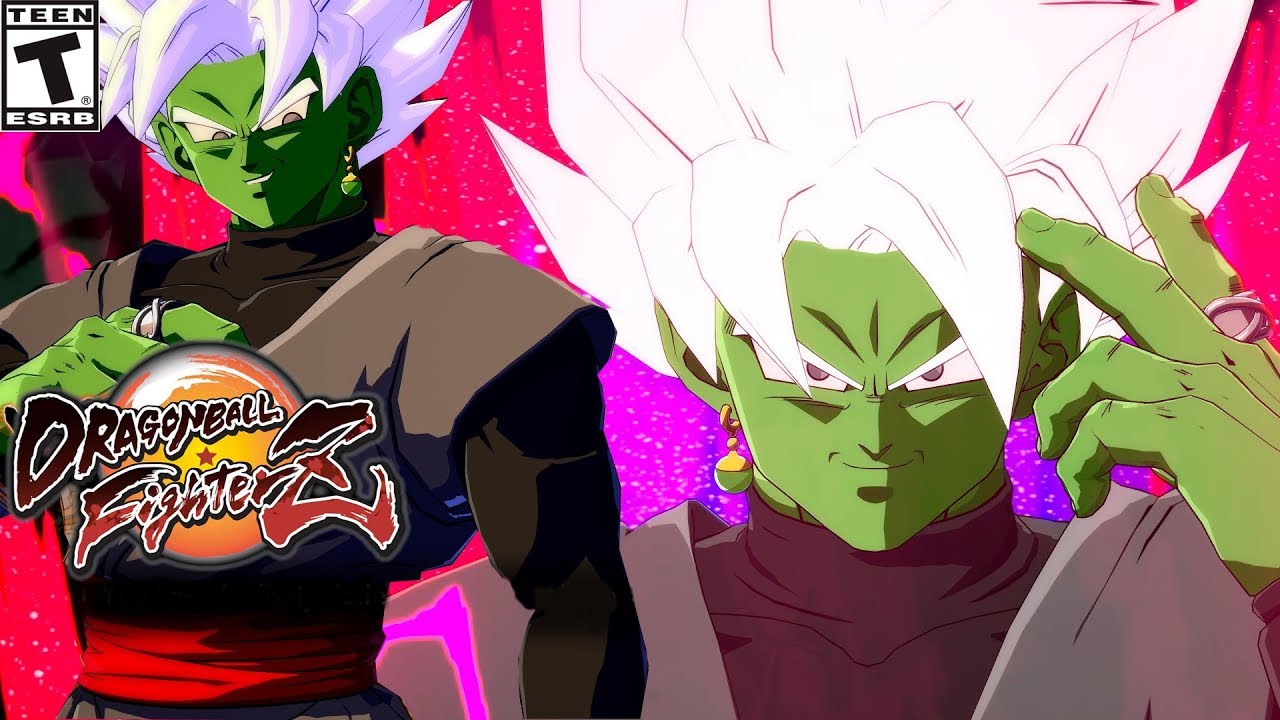 Grab your Potara earrings and get ready to fuse, as Fused Zamasu and Super Saiyan Blue Vegito hit Dragon Ball FighterZ very soon. According to the Bandai Namco US Twitter account, Fused Zamasu, and Vegito will release on May 31. The two fighters will also release simultaneously across Europe and the UK, according to the official Bandai Namco Twitter accounts for both regions.

The two new fighters will be unlocked automatically for those who purchase the $35 US / £22 / $40.95 AU FighterZ pass, or you can always grind the in-game currency Zeni to purchase them. The previous DLC characters, the legendary Super Saiyan Broly and Goku's father Bardock, can both be bought for $5 US / £4 / $7.55 AU each, so it's safe to assume Fused Zamasu and SSB Vegito can be bought individually as well.

Fused Zamasu was revealed earlier this month, showcasing some of the special attacks that give him the ability to fly freely through the air. While Bandai Namco hasn't published Vegito's official trailer yet, the trailer leaked early and it seems he retains some of his iconic moves, such as the Spirit Sword and the epic Final Kamehameha.