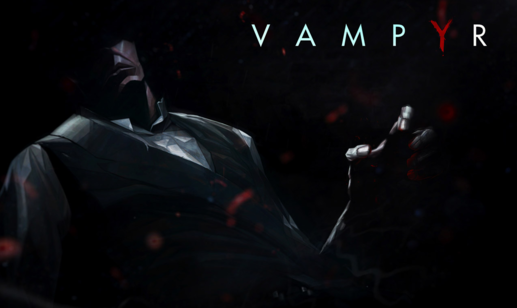 ​
After the huge success of the Life is Strange series, everyone was wondering where Dontnod Entertainment would go next. Apparently, that next venture is set to be 1918 London during the Spanish Flu Epidemic. However, this game will have nothing to do with rewinding time, but will have everything to do with the creatures that the game is named after.

Not very much was known about Dontnod’s new game. Actually, there was quite a bit of secrecy shrouding the game since it was first announced. Nevertheless, the developers have now taken away some of this secrecy by revealing core details as to what can be expected in this new title. One of the main details that struck a chord with me was that Dontnod wants to stray away from the glitz and glamour that vampires have gotten in today’s movies and television shows. Instead, they are looking to create a more gothic stylization of them that is reminiscent of the classic portrayal of vampires.


​
In terms of gameplay, Vampyr is set to be an action RPG that will require much exploration and discovering clues, along with talking to many different characters throughout the game. It was also said that the game will feature “tight, visceral combat mechanics,” along with vampiric powers and makeshift weapons. This led me to believe that any in-game conflicts may turn out to be quite a bloody mess. Ranged weapons and more detailed combat will also be available in Vampyr, but the devs are holding out on unveiling some of that information for the moment.

At this point you’re probably wondering who the main protagonist is in all of this. He is a scientist and surgeon who specializes in blood, and his name is Jonathan Reid. He was not always a vampire, but some unknown event has caused him to become one of the blood-sucking creatures. Reid is a rational man who attempts to treat his new vampirism as a medical condition, but unfortunately for him, it may not be as simple as that.

When playing Vampyr, you'll need to always keep in mind that you have to feed that craving inside of your character. Staying true to that fact, players will have to always be on the lookout for their next kill. Although, each kill will have some kind of effect in-game, whether it be immediate and/or in the long-run of the storyline. The player will have to choose who they kill based off of the information they collect, and any relationships they might have with other characters. The exact consequences that may be faced with killing off London’s citizens is not yet known, but it can be assumed they will be anything but good.

Vampyr does not yet have an exact release date, but is set to launch sometime in 2017 onto Xbox One, PlayStation 4, and PC. Vampyr will be powered by Unreal Technologies, peaking my interest at how the final game may turn out. Are you looking forward to seeing how this game will unravel in the future? Does it seem like a game you may be interested in playing? Leave your thoughts in the comment section below!