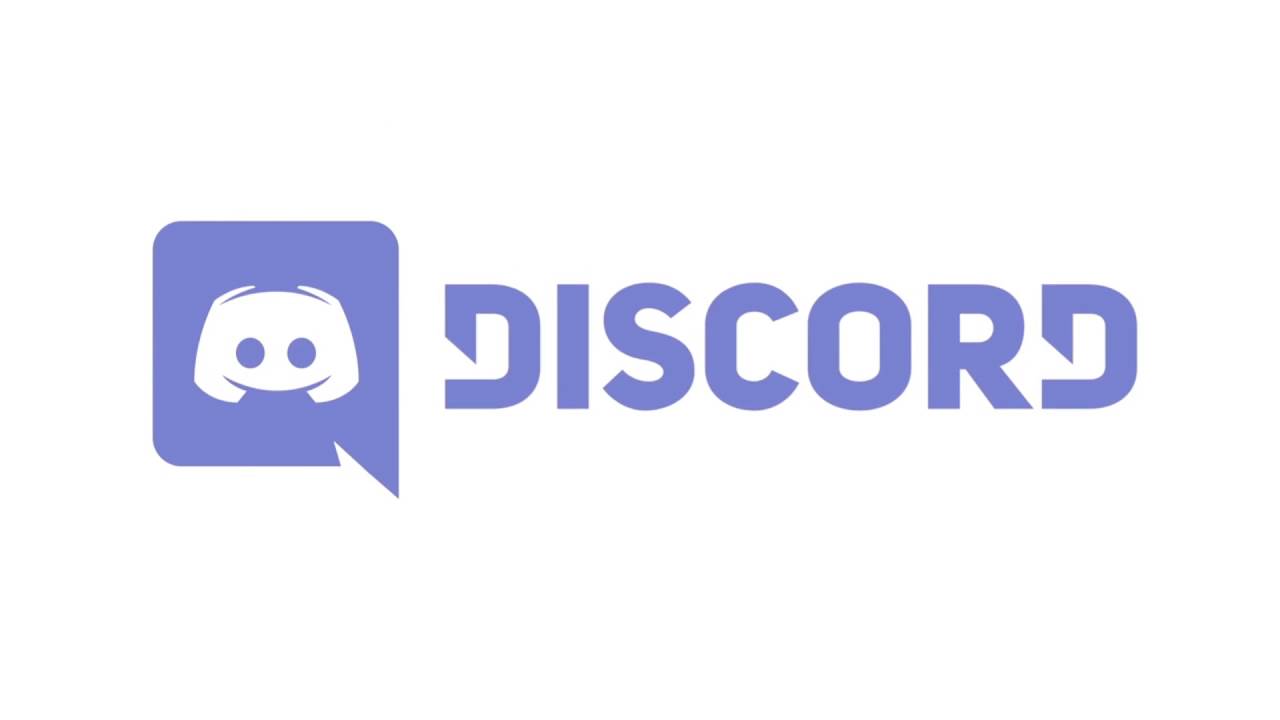 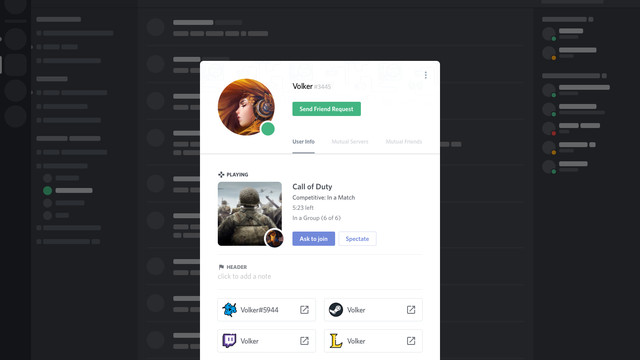 Discord is introducing a new tool today for developers to make it easier for players to jump into games with friends, spectate during matches and send party invites.

The feature, dubbed Rich Presence by the Discord team, is a software development kit (SDK) that will allow for easier integration of games and Discord users. The idea is to do away with friend codes and, essentially, limit the number of windows people need to open to start playing a game with one another. The SDK will allow players to see other “game status on players’ profiles” and join or participate in “in-game spectating directly from Discord,” according to a press release from the company. 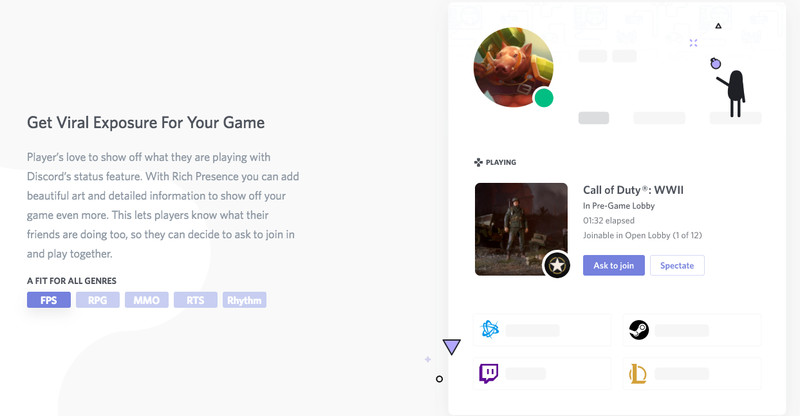 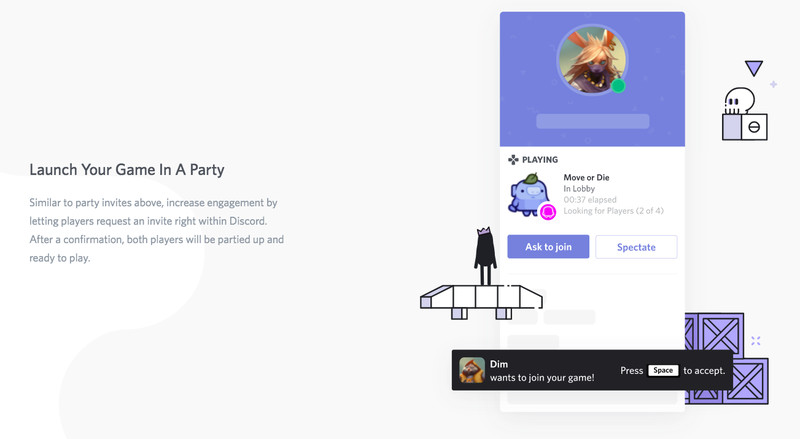 There are more than 15 developers who have implemented the Rich Presence ability in Discord, including Activision for Call of Duty: WWII, Larian Studios for Divinity: Original Sin 2, and Overkill for Payday 2. The goal, according to Discord’s site, is to allow developers to operate entirely within one client window and for Discord users to avoid switching back and forth between chat services.

There are a few notable developers who aren’t on the list, including PUBGCorp, Valve, Blizzard and more. While the latter two aren’t too surprising, considering they haven’t worked with Discord in the past, PlayerUnknown’s Battlegrounds is a game that Discord has worked on integrating into Discord. Last month, Discord launched “trusted servers,” which allow developers and players to team up in an official Discord channels. The servers are run by community managers and other members of the publisher or developer teams.