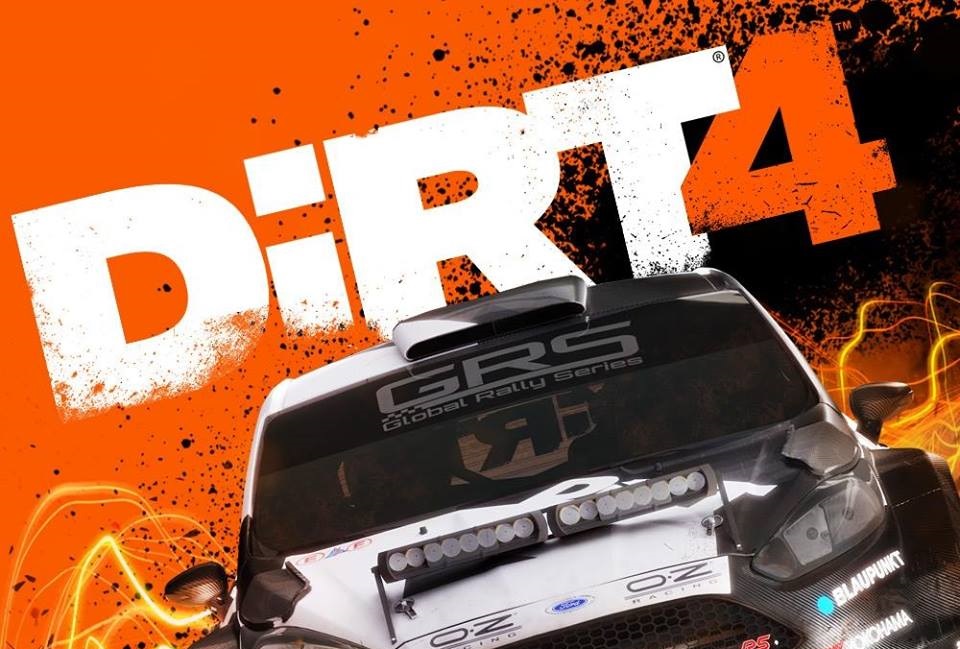 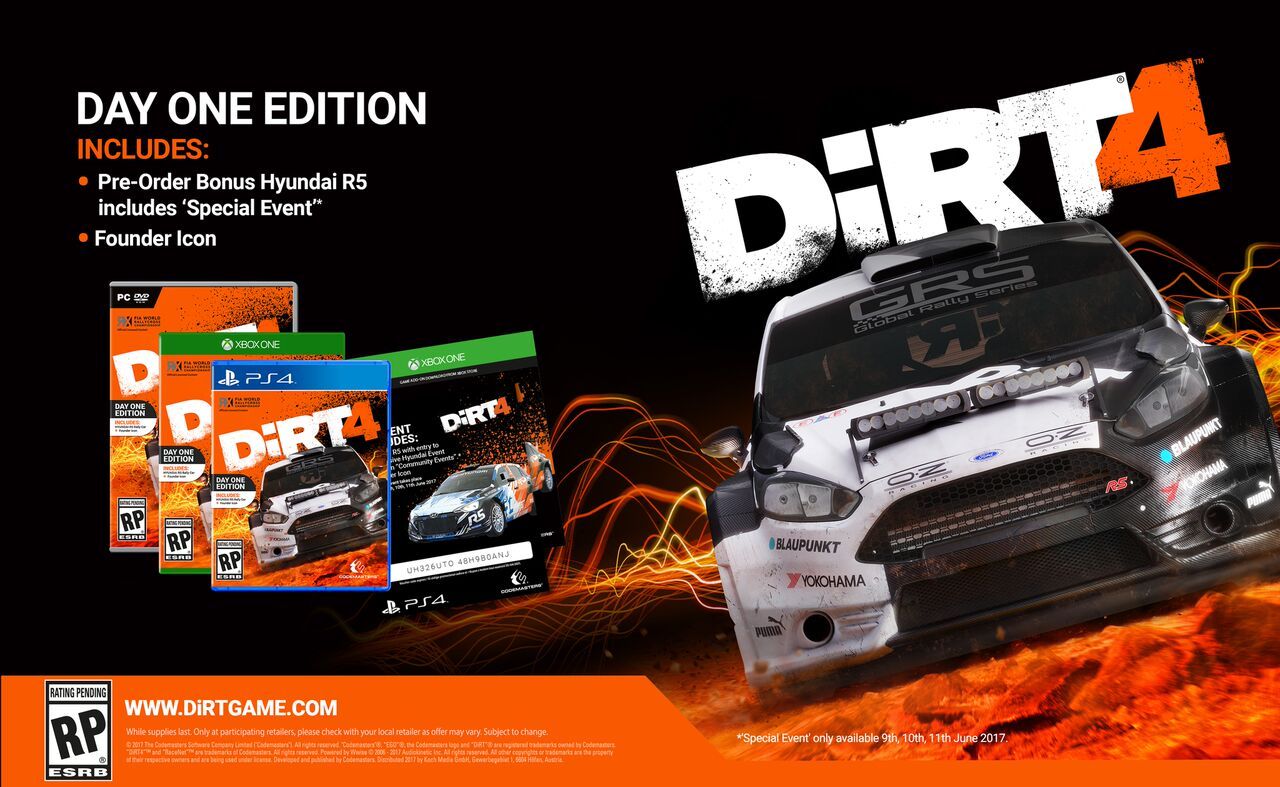 ​
Dirt 4 will have both a special edition and a day one edition, developer Codemasters announced today. The day one edition includes the base game, a special Founder icon, an exclusive Hyundai R5 rally car, and a unique event. The details of this event weren't shared, but it's described as a Hyundai-focused one that will only be available from June 9-11. Dirt 4 doesn't yet have a release date beyond June 2017, so we know know it's slated for release early in the month.

As for the special edition, this will come in two forms. Both feature the day one edition's bonuses and a booster pack that consists of a "unique team offer, staff, and facilities bonuses." One special edition comes with a standard case, while the other comes inside a steelbook and will only be sold at select retailers that are still be to announced.

In addition to this news, Codemasters released a trailer that sees developers and real-world rally drivers talking about Dirt 4's Your Stage feature. This is the new track-generation tool that procedurally creates a new challenge for you to tackle based on your specifications.

"Your Stage is something that we have been working on since the launch of Dirt 3 in 2011," explained chief game designer Paul Coleman. "It allows players to generate an almost infinite variety of stages at all of the rally locations in Dirt 4. It's a revelation as now our players will get the thrill of driving a new stage whenever they want.

"It is extremely simple for you to create a stage but, behind the scenes, we have an extraordinarily complex series of rules and algorithms that put these routes together. Your Stage creates such a huge variety of routes, some that we would never have thought of crafting before, and they're amazing to drive."

You can read more about Your Stage and everything else that's new in Dirt 4 in our preview.