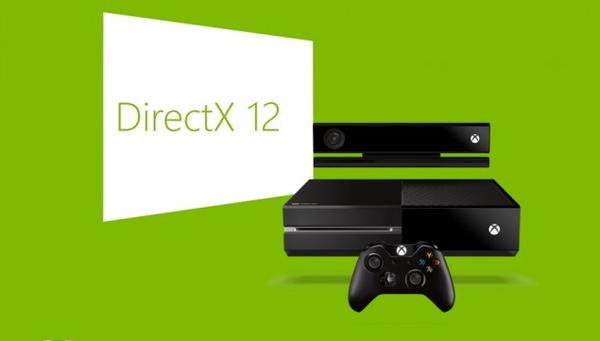 The Xbox One has had a rough time lately, not only being overrun by the PS4 in sales, but also in game performance and specifications. We have seen several big and small games fail to hit 1920 x 1080p or consistently maintain 60 fluent fps. Rumors have been floating around, indicating that with the introduction of DirectX 12 we could see more games on the Xbox One hitting 1080p consistently. DirectX 12 was supposed to be the super secret ingredient to save the Xbox One, and make competition shake in their pants. Well, that may not be the case, as not all developers buy into that belief.

CD Projekt RED's lead engine programmer, Balazs Torok is one of them. He is currently hard at work on the upcoming The Witcher 3: Wild Hunt for the Xbox One, PlayStation 4 and PC, due for release next year. When asked about whether or not the implementation of DirectX 12 software tools will raise the Xbox One's capabilities for hitting native 1080p in games, as well as what sort of effect it could have on the video game development for PC and Xbox One, Torok answers:

“I think there is a lot of confusion around what and why DX12 will improve. Most games out there can’t go 1080p because the additional load on the shading units would be too much. For all these games DX12 is not going to change anything, they might be able to push more triangles to the GPU but they are not going to be able to shade them, which defeats the purpose. To answer the first question, I think we will see a change in the way graphics programmers will think about their pipelines and this will result in much better systems hopefully.”

The reason he mentions that 1080p would be too much load on the “shading units” is because the GPU itself can't handle that kind of processing load. This is why people say “PS4 is 50% more powerful than the Xbox One”. The PS4 has more shader units on its GPU, allowing it to output more visuals per frame than the Xbox One. This is the reason why games will more frequently hit 1080p on the PS4. (In addition to having a slightly more powerful CPU, according to the benchmarks: The PS4's CPU can process or generate textures at 14 megabytes per second, the Xbox One's CPU can do 12 megabytes per second and, just for reference, the Intel i7 can do 26 megabytes per second.)

Additionally, when a game on the Xbox One hits 1080p, usually it is only capable of doing so because it is sacrificing something else that is being rendered, like "Wolfenstein: The New Order" uses variable resolution scaling thanks to their id Tech engine. So a lot of it boils down to the game's core design. This means that the more action on screen, the lower the resolution. To simplify it; every piece of hardware has a technical limit, and the Xbox One's GPU has a low limit due to the older and lower grade architecture. Most games that are 1080p and 60fps on the Xbox One are either cross-generational ports or scaled for lower-end systems. The Xbox director of development, Boyd Multerer, tried to pass it off on the complexity of the GPU, but the reality is that it is because of a weak GPU, limited eSRAM, and the fact that the console was made to watch TV on your TV. The 32 megabytes in the Xbox One is not sufficient enough to fit 1080p into the framebuffer. This is an issue that has been talked about a lot, the eSRAM is too small to buffer 1080p.

The most significant part of Torok's comment is the ability the Xbox One has to only push more “triangles” with DirectX 12, instead of being able to do anything more with them. Basically he is saying that DirectX 12's pipeline might help the Xbox One render more polygons on the screen at a time, but they won't be shaded. The reason why this is so important, is that it opens up a feature for the Xbox One that isn't worth exploiting, as pushing more triangles without shaders is like drawing a picture without coloring it. Sure, it might have awesome details and character, but without color it will always look incomplete. The image from About.com explains this quite well, as it shows how a 3D droplet looks look without shaders applied. So the extra triangles might have some shading added, just not equal to the rest of the game, so you would end up with an uneven or unpolished look. 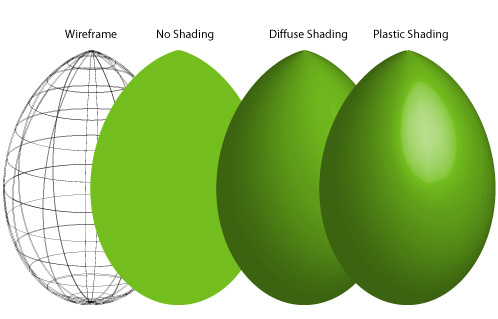 After Microsoft decided to remove integrated Kinect support for the Xbox One in the new retail, freeing up 10% of the GPU's processing and bandwidth, many were excited to see what this would do. So far it has only shown minor results for some games, and there has been questions on how well DirectX 12 will work with upping the resolution of Xbox One titles, even for this version.

Ultimately, DirectX 12 is supposed to be better for CPU pipeline instructions as opposed to overhauling the way GPUs operate, but we will have to wait and find out when the toolkit is available. The general consensus is that it is not going to make as much of a difference as we would hope. It looks like DirectX 12 might end up on the list of items that will offer some performance benefits, but not really the sort of thing to make up for a lack of memory where it counts.

DirectX 12 is targeted for release in late 2015, but a preview release has been scheduled for this year.