Diablo 3's Next Season Begins And Here Are The Rewards 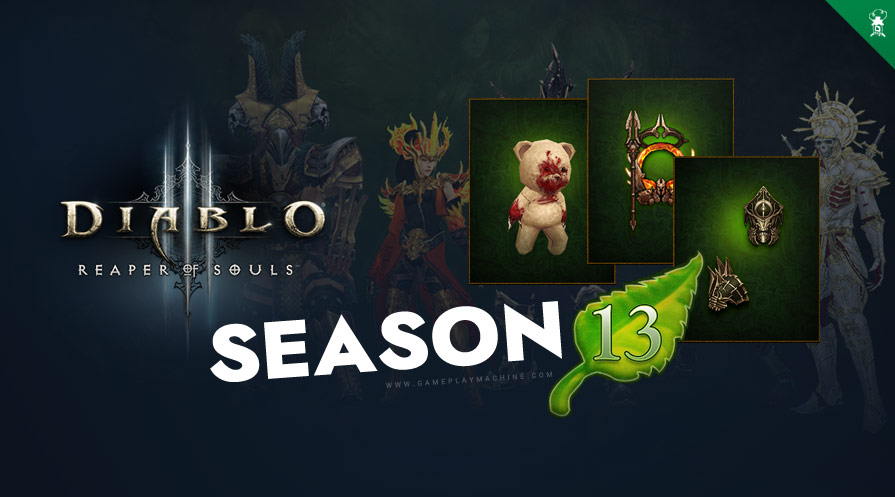 Season 13 of Diablo III is now underway on PC, PS4, and Xbox One, and with it comes a host of new rewards, along with many returning Seasonal Conquests. You'll also be able to earn a new Class Set, in the form of Haedrig's Gift, which you can earn by completing certain chapters of the Season Journey.

By progressing through the Season Journey, Season 13 gives you access to the Helm and Shoulder slots of the Conqueror Set, along with new portraits themed around Imperius. There's also a new pet. Blaine's Bear is lovable looking stuffed animal that just so happens to carry sharp objects and be covered in blood. "You may be tempted to ask him why he's covered in blood...We strongly advise against this," said Blizzard.

Completing chapters 2, 3, and 4 in the Season Journey will earn you Haedrig's Gift, which comes in three parts and grants you a new Class Set, depending on the one you're playing at the time. To collect a complete Class Set, make sure you redeem each Haedrig's Gift using the same class. Here are the sets for each class.
Players who haven't unlocked four Stash Tabs by reaching Conqueror in previous Season Journeys will be able to unlock one by completing several tasks at the Conqueror tier in Season 13.