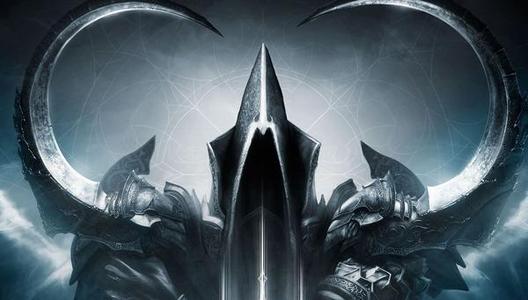 In just a few days, Diablo 3: Reaper of Souls - The Ultimate Evil, will be here to wreak havoc on Xbox One, PS4, Xbox 360 and PS3. This is a bundled up edition of the original Diablo 3 that was released by Blizzard Entertainment for PC in May 2012, and on PS3 and Xbox 360 in September a year later. It will, as the name indicates, include the DLC Reaper of Souls, that was made available to the PC version of the game in March this year. It will be released on August the 19th and priced at $59.99 for PS4 and Xbox One, and $39.99 for PS3 and Xbox 360, the same as Reaper of Souls alone costs on PC/Mac.

The Ultimate Evil includes all Diablo 3 content, so console players will now be able to enjoy what Reaper of Souls added into the mix: A 5th act added to the campaign, another playable class, making it a total of 6 to choose from, and a feature many players have come to love, the Adventure Mode. Adventure Mode is unlocked as soon as you have finished the main campaign, and allows you to explore the game without having to start a new character. Several Bounties are made available to you, where you can earn more gold, loot, blood shards and Rift Keystones. The latter can be used to activate a "Nephalean Rift", a dungeon consisting of random enemies to fight and regions to explore. Reaper of Souls also increased the level cap from 60 to 70, made improvements to loot drops, added the ability to change item stats using an enchanting system, and transmogrification, used to change the looks of items. The Adventure Mode is highly appreciated by players utilizing the Paragon leveling system to keep progress going on their capped out characters.

Saves can be transferred from one console to another, so if you want to continue a character started on PS3 on your PS4, you can. It also works from Xbox 360 to Xbox One. You can even go cross platform, read more about how to here.

What is new in The Ultimate Evil Edition is the redesigned interface, made more suited to the use of controllers. The radial menu used to manage your inventory and vendor interactions is functional, but according to those who have tested it, it feels clumsy to compare multiple items or switch between categories quickly.

Blizzard suffered massive criticism for demanding players to always be online while playing solo on PC, and it seems like they have learned their lesson this time. But even if you now can enjoy solo play offline, the rewards for teaming up might be too tempting to pass. Blizzard is trying to make the game more of a social experience, the ability to team up with three friends via split-screen or online multiplayer is solid evidence of this. Another nice social feature is the Apprentice mode, which gives low-level characters a boost when playing with high-level characters. This will make it easier and more fun to play co-op with friends, and a little less of a drag while on lower levels. A new, nice little twist is that if you are lucky enough to find a piece of legendary gear, you will sometimes also have a gift item in your inventory, targeted to someone on your friends list. You can also send other items you pick up but don't need to your friends via the in-game mail.

Last, but not least, Nemesis Kills needs a mention. An enemy will appear out of the blue, you will feel the ground shake. If you are unable to kill him, he will level up and leave, just to show up in one of your friends' game. When he is finally taken care of, everyone that has been involved will get suitable rewards. This small but meaningful twist to the gameplay is another indication of Blizzard’s commitment to social engagement.

The game will run at 1080p on Playstation 4, and 900p on the Xbox One at launch, though this will be increased to 1080p through patch 2.1. Blizzard has not announced a launch date for this yet, but we do know a little about what more we can expect when it hits:

Seasons, a new way to compete against others, where you create a brand new hero, to attempt to out do everyone else in the world. Your seasonal characters will start on absolute zero, with no access to your Paragon levels, gold, stash, or other resources. The new character can be either Normal or Hardcore. First off, you will have to get to level 70. initial goal in each Season is to hit level 70. Then you can start competing by completing Conquests, earning Achievements or progressing in the Greater Rifts. Conquests are Achievements exclusive to one Season, generally harder than normal Achievements. Each Conquest you earn counts toward your total Achievements score for the Season. It is all about speed. The first 1,000 players to beat a certain Conquest will have their name on the leaderboard for the rest of the Season. Other accomplisments like Achievement points and Greater Rift progress are also tracked on leaderboards. If you are not one of the best players in the world, Seasons will still be a valuable part of the game. Your Seasonal character will have access to several Legendaries that you can't get anywhere else until the Season is over and reaching max level in a Season will unlock a new Transmogrification item for all of your characters, starting off with a helmet, making it possible to get a complete set through out the Seasons to come.

You can keep your character when the Season's over, but you can't use them for a second Season. You have to start over from scratch:

"Your heroes keep all their gear, crafting materials, gold, blood shards, Paragon experience, and any new recipes they may have earned during the course of a Season, this also includes any new Stash tabs purchased or Artisan levels earned (if higher than your non-Seasonal profile). Finally, if you’ve managed to earn achievements during a Season that you've never conquered before, you'll earn them in the corresponding non-Seasonal mode." 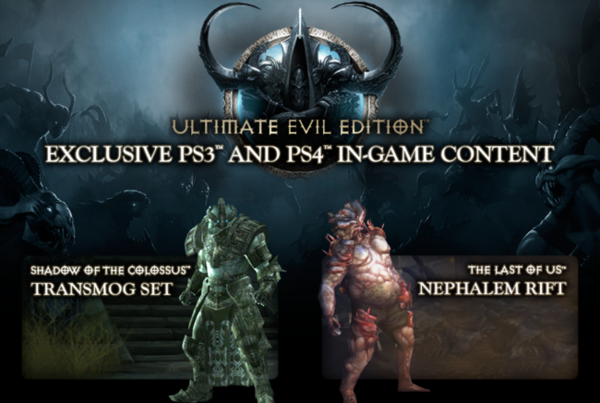 A little special treat for PS players is an additional Rift, based on enemies from "The Last of Us" and a Transmogrification set inspired by "The Shadow of the Colossus". These will be available for PS3 and PS4 only. However, players on all consoles have the opportunity to grab a set of "Infernal Pauldrons" if you pre-order, these will be available to wear at level 1, giving you an early vitality, life per second and a cooldown boost.

Although this game is enjoyable solo, by allowing a combination of online and local cooperative play for up to four players and adding some fun new social features, Blizzard is attempting to make Diablo III the cooperative game to beat on new-gen consoles. No matter if you are an experienced player or entirely new to it all, this is an excellent time to dive in to the action. At least until Destiny is here.

How do you think this game will fare in a market jam packed with big titles? Is it on your list of games to get?