Devil May Cry 5 Trailer Shows Off V In Action 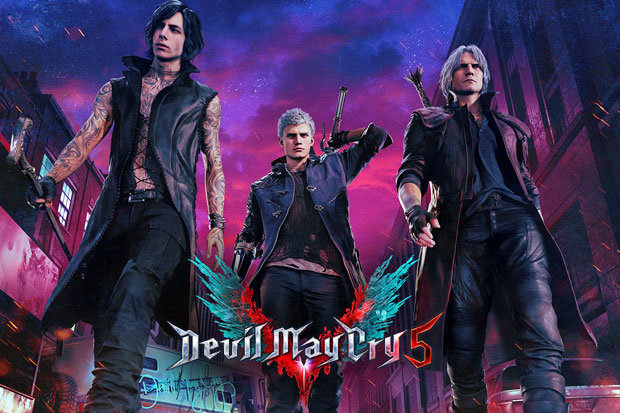 The latest Devil May Cry 5 trailer shines a spotlight on the mysterious V. He's debuting in this instalment as the third playable character and his play-style looks a good bit different than the other two. Rather than a quick and agile fighter, he saunters around the battlefield with a series of summoned beasts.

The trailer shows V summoning three creatures, called Shadow, Griffon, and Nightmare. He uses the creatures to do the fighting for him, as he stands nearby or even atop them. It's a different kind of graceful fighting than the one we've become accustomed to from Dante and Nero's acrobatic style.

V also appears to have an axe to grind against the hero, saying Dante should never have existed while holding a sword precariously over his head.

Despite their differences, V and Dante can work together with the game's just-announced co-op play. DMC5 recently surprised us with pre-loading available five months before its planned release. Capcom has been slowly feeding new details about the game, like its Void Mode training grounds and a whopping $8600 Collector's Edition in Japan.

Devil May Cry 5 is coming March 8, 2019, and a playable demo is now available on Xbox One.
Source: GameSpot