Developers Claim Battlefield Hardline Will Have a Smooth Launch 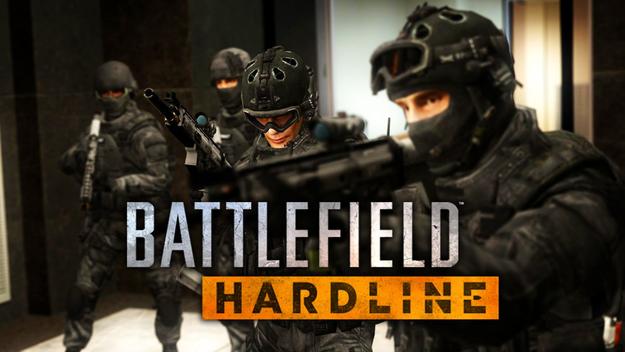 In about a weeks time Battlefield Hardline will go live for real. After two rounds of Beta testing, it is time for EA and Visceral Games to show us what they have learned, and after the absolutely useless launch of Battlefield 4, EA definitely have something to prove. They need to show the large and dedicated community of Battlefield fans that they are able to provide a functioning game with a well oiled and balanced multiplayer.

In an interview earlier today, lead multiplayer designer Thad Sasser explained that they are expecting the launch to be a totally different experience for players, nothing like the disaster gamers had to endure with Battlefield 4. Developer Visceral Games apparently learned from Digital Illusions headache and claim to have most things down pat for the upcoming launch, the fairly problem free Beta in February being their proof of that.

"You can clearly see our efforts have paid off with the stability of the most recent beta; the beta we just had was pretty smooth. Obviously we expected to collect some problems, and we did. We found a number of interesting issues that we've since addressed and fixed; crashes and so on, particularly on the PC client."

So hopefully the fact that we've been able to have two betas and we've been able to build on all of the learnings from Battlefield 4 that they've done over the last year or so with the Community Test Environment. We've incorporated a lot of their changes and a lot of their fixes as well. So I think, altogether, we're in far better shape and we're really looking forward to a stable launch."

The last Beta was not designed to inspire huge changes, but rather help with fine tuning. After collecting all the data and the feedback provided by the 7 million participating players, Visceral made several subtle, but important changes, most of them directed at how some of the weapons in the game work. As a direct consequence of the fact that one player actually managed to max out and reach level 150 during the Beta, they also tweaked the leveling system. When the game launches it will require 50% more xp to level up compared to the Beta. The full list of key changes are listed in the spoiler below.

HACKER TUNING
GPS spotting and jamming range for Hacker mode reduced
Overclock timing reduced for Hacker mode
Battlefield Hardline will release tomorrow through EA Access on Xbox One, allowing members 10 hours of exclusive game time access, and then on March 17th for everyone else on Xbox One, PS4, PS3, Xbox 360 and PC.

Are you ready for Hardline, or will GTA V Heists be enough cops and robbers for you? And do you think EA will be able to pull of a decent multiplayer experience from the start this time?