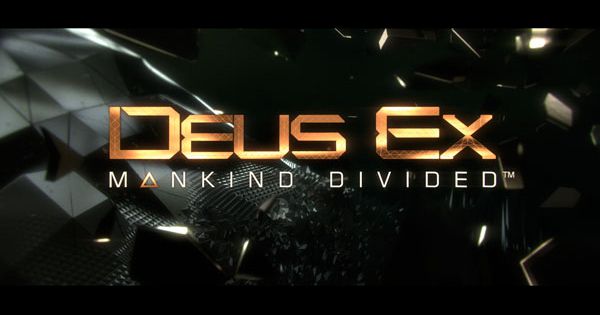 ​
The next entry in this cyberpunk-themed action game has been shaping up to be the best one yet. Deus Ex: Mankind Divided will be the fourth in the series to hit PC and consoles, excluding Deus Ex: The Fall which featured different main protagonists and turned out to be quite a flop. Even though it had only been developed for PC and mobile devices. With Mankind Divided being a sequel to Human Revolution, the developers want it to be a “worthy successor,” and feel that there is more fine-tuning that could be done before its official release.

That being said, the Head of Studio for Eidos-Montreal David Anfossi has posted on the Deus Ex website earlier today to announce that they will be delaying the launch of Mankind Divided by exactly six months. Expectations are set very high by the fans of the series, and the developers want to completely surpass them and deliver an outstanding game that will provide a deep and enthralling experience. In his post, David also stated that they are very confident and proud of how the game is turning out, but as they played through the final version they realized it requires additional tuning and refinement in the post-production phase.

The delay may be unfortunate for those who were patiently awaiting the initial release date of February 23rd, but all in all this extra time gives the game a chance to come out of the gates in better condition than it could have been with the earlier scheduled date. Deus Ex: Mankind Divided will now be making its way to Xbox One, PlayStation 4, and PC on August 23rd, 2016.