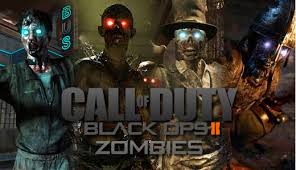 ​
Activision still has not made any official announcements, but the evidence for a new Zombies-focused Call of Duty game continues to mount. The latest piece of information comes from Reddit user LackingAGoodName who discovered what appears to be the game's official description, apparently hidden in the files for Black Ops III's Message of the Day.

The description in the files matches up with what we've heard before, that Call of Duty: Black Ops III Zombies Chronicles will come with eight Zombies maps from past games, remastered for Black Ops III. The maps reportedly stem from Call of Duty: World at War, Black Ops, and Black Ops II.

It's also mentioned that Zombies Chronicles will launch "first on PS4," which would be no surprise, given the exclusivity deal Activision has with Sony.

Here's more from the description, as relayed by the Reddit user:


Zombies Chronicles has not been announced, so all of this is unconfirmed now. We don't know when the game--if it's real--would launch, or what it might cost. Listings have suggested it is coming to PlayStation 4, Xbox One, and PC.

For what it's worth, Treyarch is reportedly planning some kind of reveal for May 4 at 10 AM PT, so it might not be much longer until we know more.

Keep checking back with GameSpot for the latest.