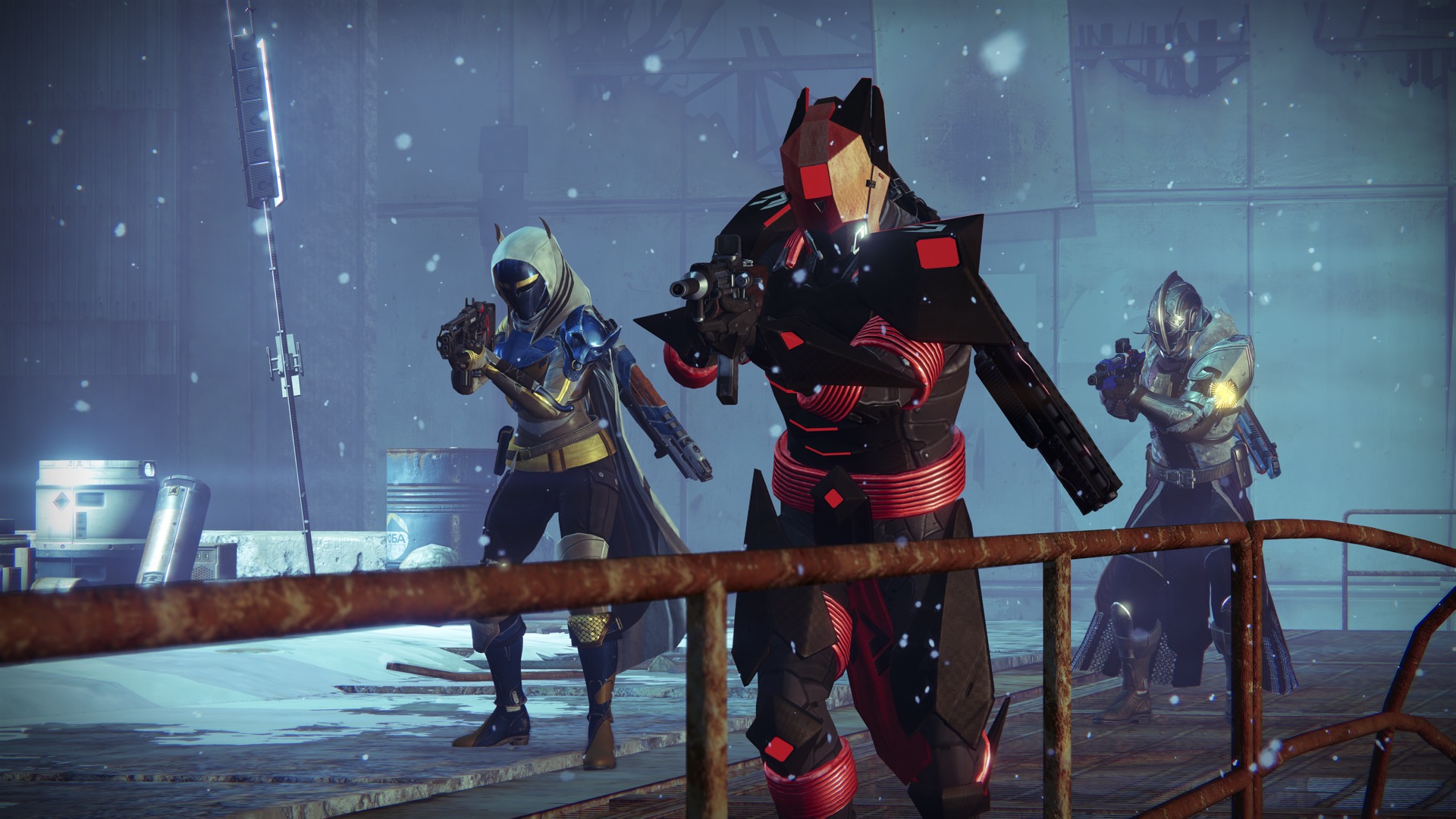 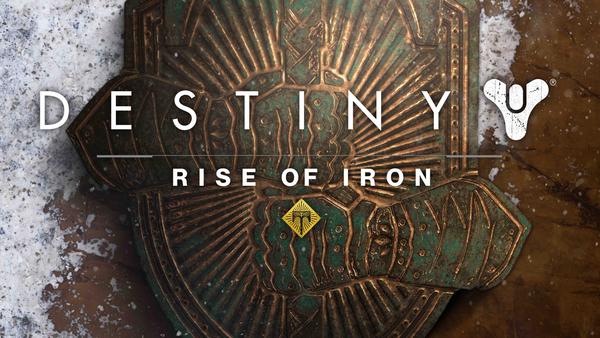 ​
After a few recent leaks, Bungie has finally revealed the next Destiny DLC, and it will as the leaks suggested, be named Destiny: Rise of Iron. It evolves around the host of Iron Banner, Lord Saladin, which has been rather quiet about his past up until now. In this DLC we will get to know his story and help him finish what he started, as we gear up to fight the enemy his friends sacrificed themselves to imprison.

The DLC is a rather large one, so large that it's not feasible to launch it on old generation consoles without removing old content. The developers do not want to take away something their customers have paid for, so they instead opt for the obvious solution, skip old gen all together. So all devoted Guardians on PS3 and Xbox 360, maybe now is the time to make the change and move over to current gen with the rest of us. According to Bungie, about 90% of the player base have already done so, which in many ways explains why they are leaving old gen behind. However, they will not be leaving completely, but are planning separate paths for PS3/Xbox 360 and PS4/Xbox One. What this will mean besides the fact that you will be unable to transfer over your character and keep playing seamlessly, is yet to be explained. 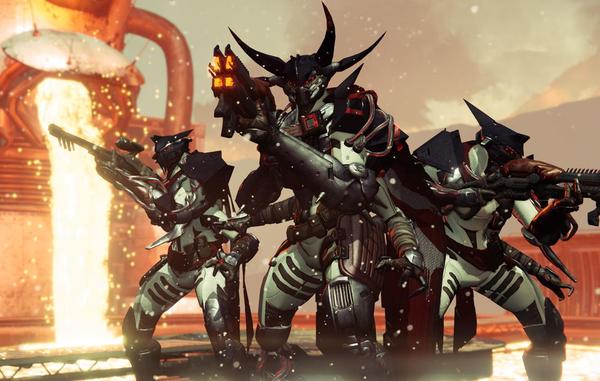 ​
Rise of Iron will be adding both PvE and PvP content, including new story missions, new strikes, new multiplayer maps and features, and last but not least, a new raid. It was rumored that the next raid would be the one originally planned to come with the raidless House of Wolves, a previous DLC, but this has later been debunked. According to Bungie, the raid in Rise of Iron has been in the making since last summer and ties in with the story of the campaign. It is where you go with your 5 friends to finish the bad guy off for good, as always. Of course, to go with all these new activities, there will be new armor to wear and new guns to wield. And to many, a very important part, a "significant light increase". This means that everyone can level up their gear again, and there is nothing Destiny players love more than the grind for higher light levels. Since the April Update earlier this year, this process has been made much easier, so some more levels to work towards will be a welcome feature for most.

Not only will we be receiving new content, but some old favorites will be seeing the light of day again. In year one of Destiny, the exotic rocket launcher The Gjallarhorn was the most sought after and the most OP weapon in the game. It would determinate whether or not you would be invited to a group, it would make the difference between a simple kill or a fight. It was hated, loved and desired. To the annoyance of many, and to the relief of some, the Gjallarhorn was never brought up to the next light levels and thereby the desire for it disappeared too. With Rise of Iron, they brought it back. This time, everyone can have one, it will be incorporated into the game as a quest reward and not as a very rare RNG drop. It is also handed out as a preorder bonus, just with a different paint scheme. 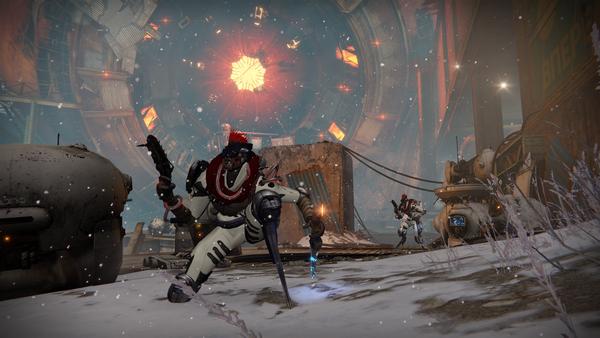 ​
So what do we know about the Rise of Iron thus far? Well, we know that it is a rather large bunch of data, it requires 14GB of storage space. We know that you will get to know the story behind the Iron Lords and their fate, and we know that the menacing Fallen have awoken something the evil they fought, the SIVA, and are abusing it as best they can to take control of our beloved earth. They are splicing themselves and turning into machine monsters, utilizing this mysterious power. We also know that there's a hole in the wall in the Cosmodrome, where we join Lord Saladin to avenge his fallen comrades and eventually turn into Iron Lords ourselves. And kill a lot of bad guys, bad guys that aren't just reskinned enemies from past content, but new enemy types with new mechanics to fight. According to the developers in the reveal stream a few days ago, there's a lot of stuff they have yet to share, the team behind the raid did not want to reveal anything quite yet, so we will have to wait a bit longer for that. 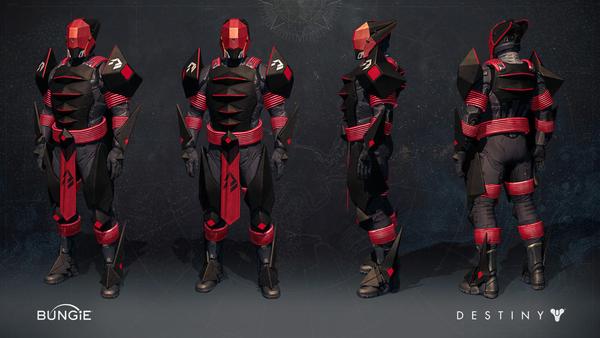 ​
Experienced Destiny players have much to look forward to, a new social space, new areas to explore, new enemies to fight and new gear to do it with. The question is though, will this be too late for players that have already left Destiny and moved on to new adventures? I know for a fact that I want to play this, I want to climb Fellwinters Peak and kill Devil Splicers with a huge flaming axe. I want to struggle to figure out the new mechanics in the raid with my old raid crew. And I want to see the Gjallarhorn's Wolf Pack rounds whizz around the enemies and demolish them in a nice, big explosion. But I don't want to have to go to LFG to do so. So if my friends aren't playing, I assume I will run through the story and maybe try to get into a raid a few months later just so I know what it's like. I hope I don't have to do that, but only time will tell. What do you think about this new DLC? Is it worth $30 to get some more time in Destiny, or have you left for good?

There will be several drops of new information, so I'm sure the hype will grow larger as we draw closer to the release. What we know for sure is that Rise of Iron will cost $30 and be available on Xbox One and PS4 only, on September 20th, 2016. Of course, you will need to have the base game and the Taken King DLC in order to be able to play the new content.