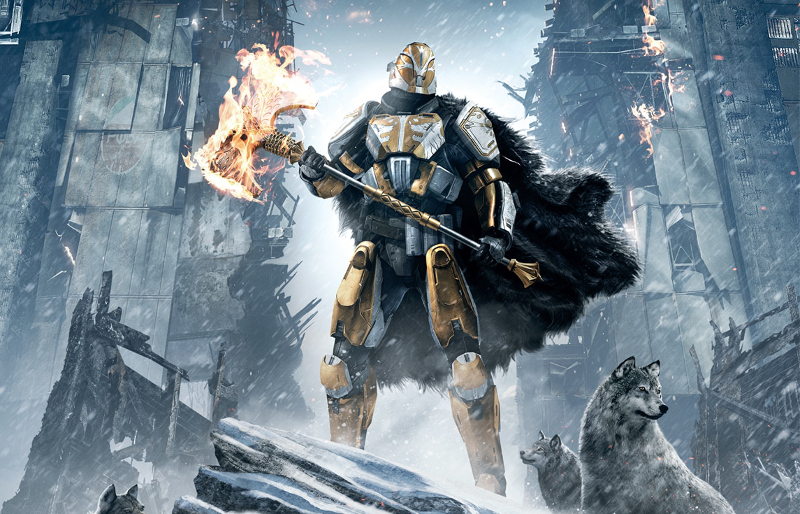 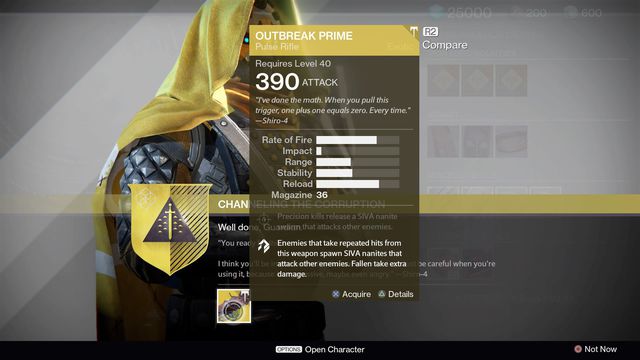 ​
The internet hive mind did its thing

Destiny: Rise of Iron’s latest exotic weapon is another secret item that can only be obtained by completing a byzantine series of tasks starting with a new alternate reality game — and the community figured it all out in a matter of days.

The ARG was perhaps the most complicated one yet for Destiny, and certainly the one that required the most crowdsourcing. It kicked off after players discovered a chest in Rise of Iron’s raid, Wrath of the Machine, that they could not open because it was blocked by five lasers. They soon found monitors that triggered the lasers, but only four of them. The fifth monitor would take a bit more effort.

Bungie expanded the pre-launch "Owl Sector" ARG, adding a new layer that presented players with a massive encryption scheme. Destiny players had to crowdsource the solution, writing scripts to compile and translate massive amounts of data in order to turn garbled text into the hex code for more than 900 image files. They then had to combine those images as you would a jigsaw puzzle, and once they pieced the puzzle together, they recognized the larger image as a diagram of a particular room in the raid.

The image points out four cylinders in the room; stepping on them enables the monitors in the previous area to be activated. There’s a process from here that involves translating binary code into numerals, and it results in an exotic engram, an emblem and access to the fifth monitor. Activating the last monitor opens up the path to the chest, which you can open after beating the raid. Within the chest is ... a quest called "Channeling the Corruption" that will lead to a unique weapon: Outbreak Prime, an exotic pulse rifle.

The quest is complicated in its own right, and requires players to assemble a specific fireteam: one Hunter, one Titan and one Warlock. It also involves completing the raid a second time, because you need to get special items from each of the three raid bosses. You can check out a full guide on the Destiny subreddit based on the efforts of well-known Twitch streamer Datto, who also posted a video guide that you can watch below. The Outbreak Prime drops at 390 attack — five Light above the current cap in Rise of Iron.