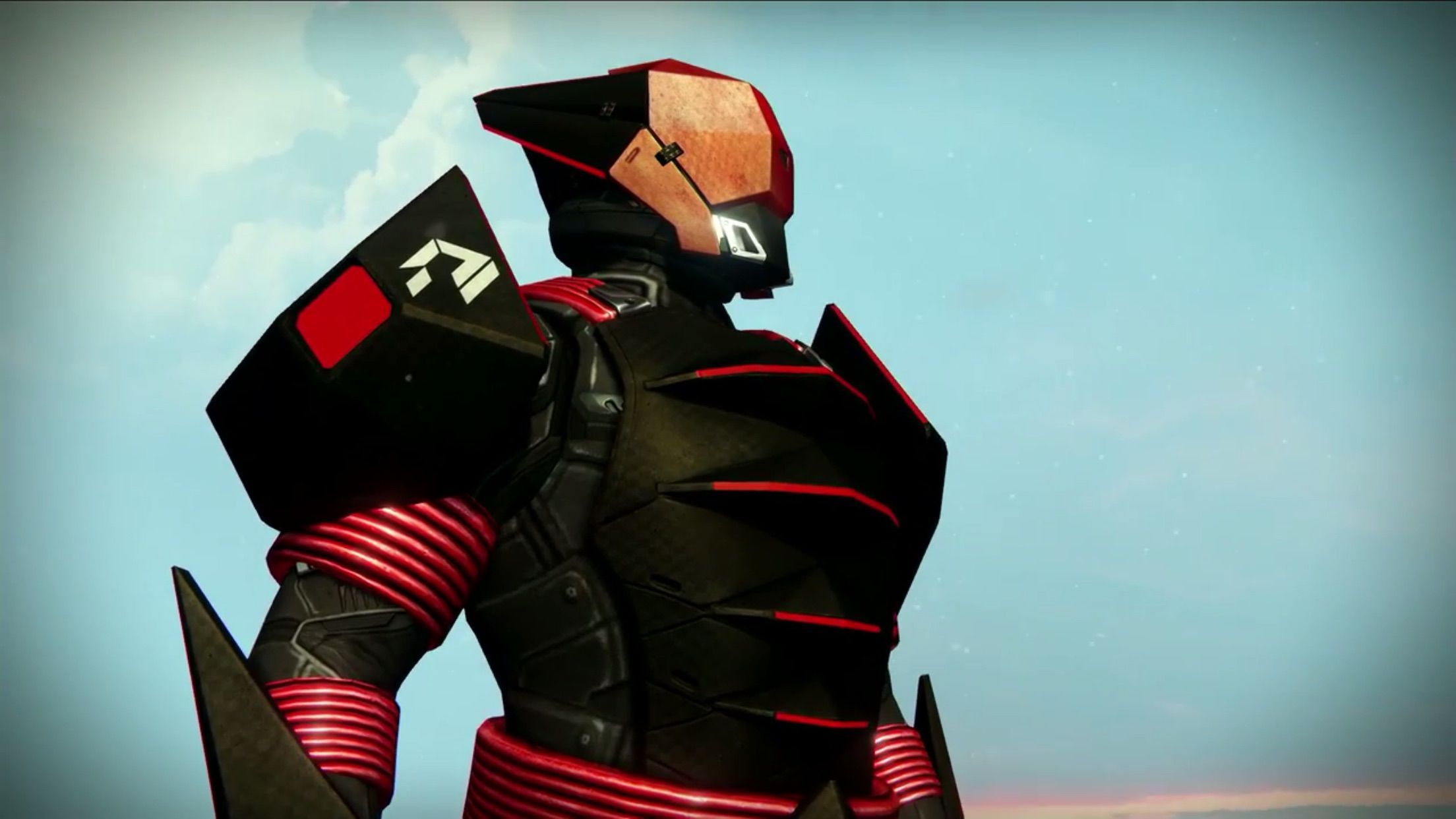 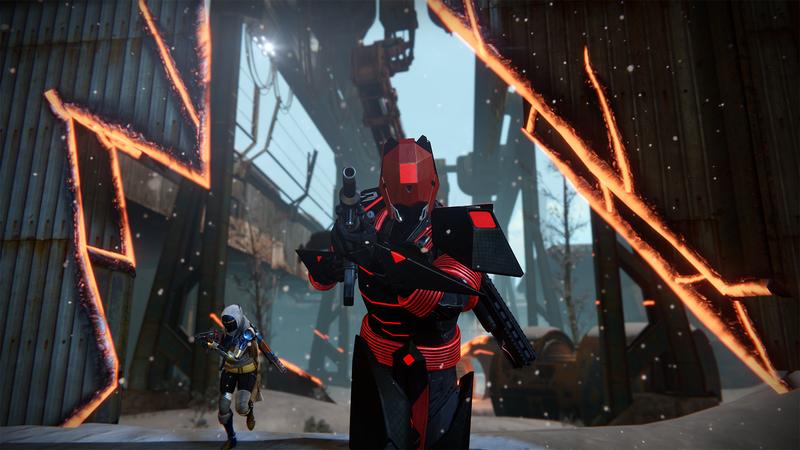 It is no secret that Bungie's Destiny is about to get a chunky content upgrade when Rise of Iron, the next big DLC, hits consoles in September. We already know that the coveted Gjallarhorn is returning, we have heard that there's a new raid, and that we can get the Gjallarwing, a new, shiny looking sparrow, as a pre-order bonus. But that is far from all we'll get, we have some of the most interesting news for you right here.

In a 16 page exclusive interview with Gameinformer, Bungie shares a lot of details about the new DLC. Rise of Iron will bring new content, of course, we all knew that. Not only will we get a new storyline, but a new raid called "Wrath of the Machines" will be introduced as well. Even though the level cap will stay at today's 40, the light level will be increased to cap out at 385, so a solid 50 light jump from the current cap. And that's not all, 3 days later, Hard Mode will drop and increase the cap by another 15, making the total 400 light. Compared to previous bumps to the light level, this is a significantly larger gap to cover, so even the most dedicated players might have to put in more of an effort to get there this time. However, it looks like there will be a variety of interesting events to partake in to do so.

A new arena will be added, named "Archon's Forge," and will be similar to the Court of Oryx in the way players collect items while on Patrol in order to unlock boss fights. This time, fights will take a little longer than a minute or two, the developer says that fights should last about 5 minutes or more. So a harder fight, hopefully for better loot. Familiar timed events like "Sparrow Racing League" and "Festival of the Lost" will return, with some tweaks this time around. What that entails is yet to be revealed, but as sparrow racing was met with both praise and a little hate, the developers decided something needed to be done before bringing it back. Jerry Hope from Bungie's live team explains: "Because some of the stuff that we learned from our players around the Sparrow Racing League is that some people didn’t like racing. So, can you do something with the event that helps support those players a little bit differently? Absolutely." We can expect to see "Festival of the Lost" in November and SRL in December, so keep an eye out for those.

Other familiar parts of the game will get some changes too, Iron Banner is getting a make over. No more buffs from armor and shaders, and no more temper bonus. Players will now earn their rewards by completing tasks in the Iron Banner Record book and by completing the corresponding daily and weekly bounties. It will be interesting to see how this affects the popular PvP event, hopefully the 4 new maps that come with it will help ease the pain for those not liking the new changes. New strikes will of course be added to Strike Playlists, and they will now have a new feature. Skeleton Keys can be acquired and used to open chests at the end of the strike to unlock a guaranteed strike specific item. Sounds to me like a great incentive to run through both old and new strikes to complete my collection of gear. 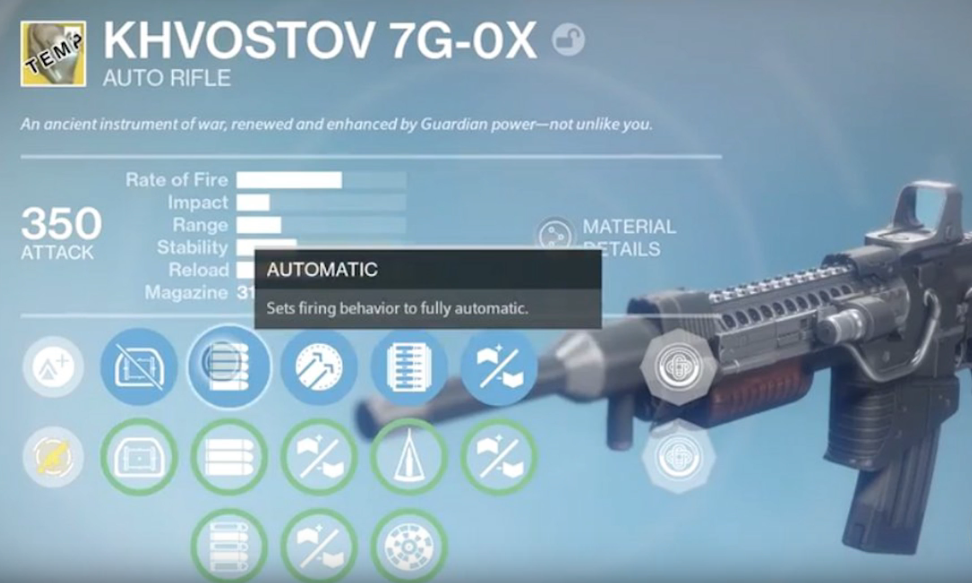 The chase for exotic items is an important part of Destiny, and many will be happy to hear that it's not only the Gallarhorn that will see its return. The hated and loved handcannon "Thorn" is also brought back, and like the Gally, it is available to everyone that finishes the storyline attached to it. Brand new exotics are added too, among other things, much awaited exotic boots for the Warlock class is strongly hinted at. For me, the most interesting news was that an old friend is getting an exotic upgrade: The Kvostov 7G-0X, an upgraded version of the level 1 auto rifle we see at the very start of the game, returns in gold. And boy does it look good. The options for customization on this thing looks overwhelming, it can pretty much be anything you want it to be. The question is, will it be any good? This is another exotic that will be available for everyone though mission completions.

In addition to new armor for Iron Banner, Trials and the Raid, factions will get new looks as well. And to make sure that the game has real diversity in the way players look, Guardians will have several options to diversify themselves. Shaders will once again change the colors of class items, and new features are added. "Ornaments" will allow for cosmetic changes on armor, and these can be bought from the store and in-game drops of Radiant Treasures, much like the current Silver Treasures. There will also be weapon skins available. The most exclusive of these will be obtainable from completing tough challenges, like reaching the Lighthouse and finishing Hard Mode raids. I expect to see a lot more information and speculation about this in the coming weeks. Looks are important, you know.

Another noteworthy change is how artifacts now will have useful functions, some of them will have what looks like game changing stats. Imagine what it would do if you could have the ability to reflect rockets with your sword, highlight guardians with full super and low health, remove sprint cooldown, reduce damage taken by damage over time effects, gain extra grenades and melee charges, and boost to all stats at the cost of losing your super, have radar at all times even when aiming, speed up the super recharge for everyone nearby or even punch an enemy to make him you ally for a while. All this can happen if you acquire the right artifact, which are said to be connected to the Iron Lords. Each of them have a task for you to complete in exchange for their specific artifact. It might not be so bad to run into a Thorn in Crucible if you have the right artifact equipped. I am very interested to see how this plays out.

More information and a lot more details will be available in the next few weeks, so if you are eager to see what Rise of Iron will have in store for us, keep an eye on the Homepage. We'll be sure to let you know.

What do you think about what we know so far? Does it sound like Bungie are on the right track with the changes and additions they are making here?