Destiny BETA: Bungie's still got it 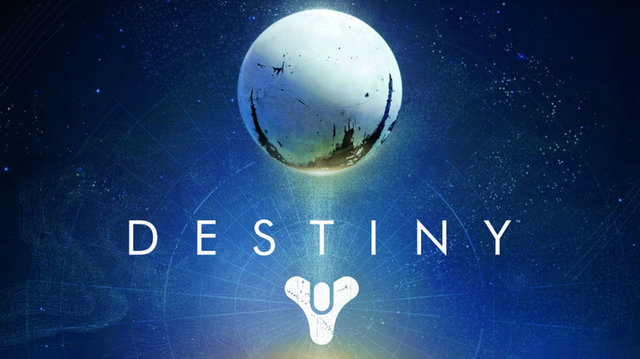 Without a doubt the Destiny BETA was a huge success, the game showed that Bungie still knows what they're doing. Many feel that the game is a combination between Halo and Borderlands and I would have to agree as well. I played this game the entire time it was available for the Xbox One.

​
Upon making your own unique character you have three classes to choose from. They are the Hunter, Titan or Warlock, each possessing their own special ability making that class one of a kind. The Hunter's special ability is a golden pistol consumed in flames that kills anything in PVP in one shot. You have up to three shots, or until the super charge meter depletes. The Titan's ability is a lightning like power slam that disintegrates anything within a couple of feet. The Warlock has a pretty powerful move as well, shooting a purple energy ball that obliterates any enemies within the void. After choosing your class you can choose up to 3 races; Human, Exo, and Awoken. Of course you can choose between male and female as well as change your hair, eye color and add some other little goodies to make your character stand out. Now, this was only the BETA so it's safe to assume there will be quite a few more features added when the real game comes out on September 9th.

The enemies in this game I find just fascinating. Not only do they look remarkable, but the AI in this game is at its best. There are some of the smaller enemies such as Dregs and Shanks that will stay out in the open getting your attention while the other enemies attempt to flank you. Also, the bigger bad guys such as the Wizards and Captains actually take cover more than you do. It can be frustrating at times, but it makes the game more challenging no matter what your difficulty setting is at. 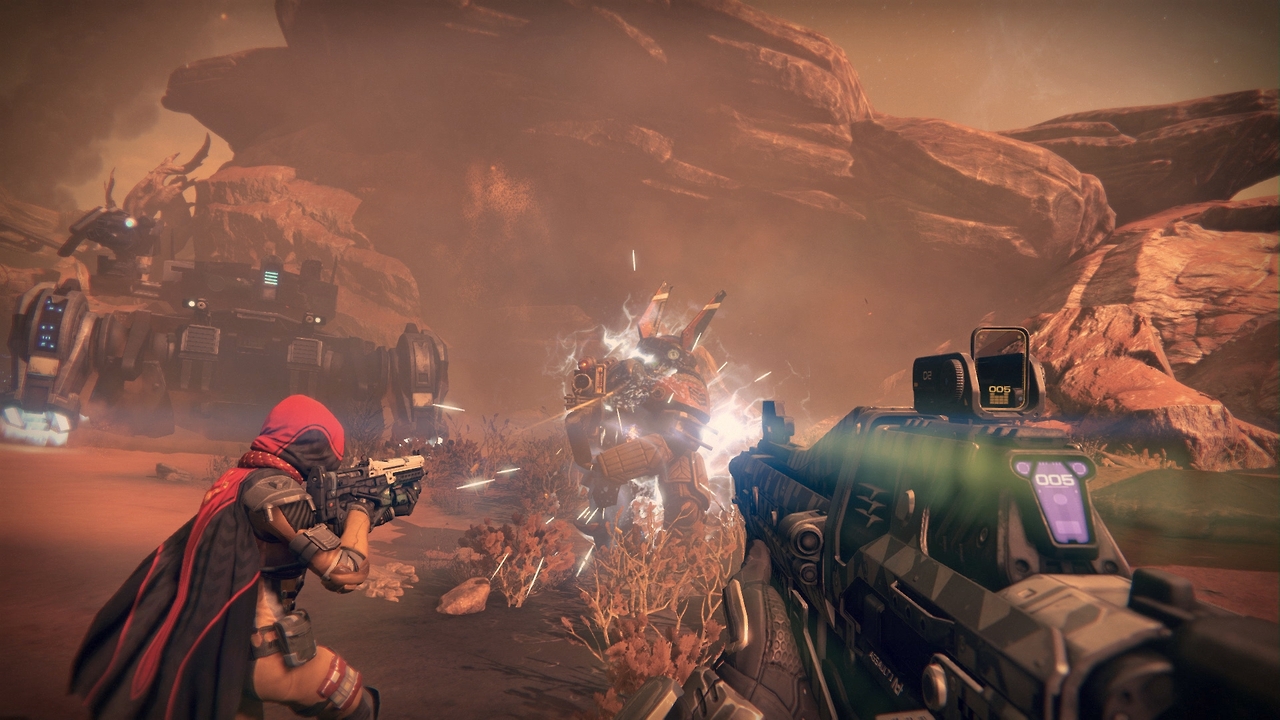 After making your class you are then thrown into a forced mission that you play by yourself, this was the introduction. At the end of the mission you acquire your ship that takes you to other planets. You can upgrade your ship at The Tower. The Tower is Destiny's safe haven, players can go here to buy guns, armor, get bounties, store items in their bank, receive messages from Bungie, and more. Also while in The Tower your character is in third person, this way you can look at how cool your character is with your new gear and weapons. You can even use the directional pad to do funny little emotes such as dancing, bowing or even giving a salute.

Your character has a level system very similar to other games such as Borderlands, Mass Effect or other RPG games. You level your character and unlock certain abilities that are all class specific. Some examples would be the Hunter using a knife as their melee attack while the Titan punches and the Warlock uses an energy blast. Also, the hunter gets a double jump ability, while the Titan gets a jump lift ability and the Warlock can glide. This makes just countless hours of fun as you try to max out each class. Not only can you level your character but you can upgrade your equipment too. Your gear can go from having your grenades recharge faster to having a massive defense level where you can take more damage.

Now, getting into the co-op game play. In the BETA you can only partner up with 3 people per Fireteam. However, many other plays are on the battlefield at any given time. You can join in together to take on the enemies to make things easier. Public events can also start, where anyone can hop in for some fun. Whilst battling countless monsters, you can find loot crates that can store anything from glimmer (form of currency) to items and weapons. Monsters and bosses also drop items as well. Usually ammo, but you can also find them dropping items or even encrypted engrams which are magic unidentified objects that can be decoded by the Cryptarch back at The Tower. Later on in the game you unlock your Sparrow which oddly enough resembles the Star Wars speeder bikes. In the BETA you can only access Earth, which has several missions to clear with your friends. The Moon was open for a short while, consisting of one mission. Members who played this mission will receive a little something when the game comes out. 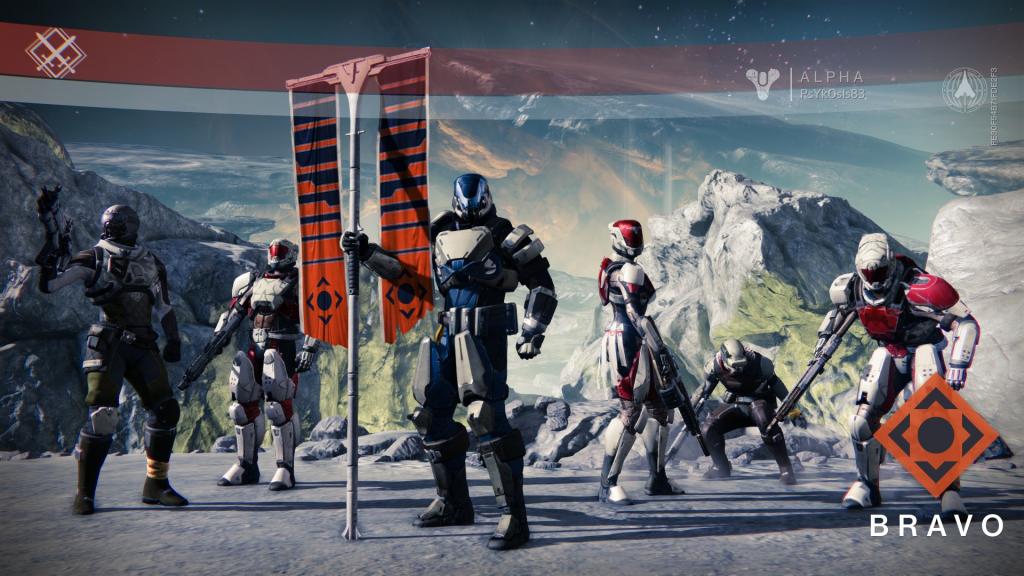 The PVP in Destiny is called The Crucible. You can earn Crucible Marks and Crucible Reputation which can get you some pretty neat stuff back at The Tower. The BETA only had one game variant for us to play and that was control, it's pretty much like the CoD Domination games, however instead of just getting two flags and spawn killing the opposing team at the third flag. You don't just get points for having the flags captured, but rather by neutralizing and capturing them. I love this aspect as it keeps the players constantly running from flag to flag. Also during the Weekend of the BETA every other two hours a new game type would open up for players to play. This is called Iron Banner. This mode is an alternative to The Crucible. In The Crucible everything is balanced out to make it far among all players where in Iron Banner your gear and weapons mean everything. The weak will fall and the strong will prevail in this mode. I would not even attempt playing this mode until you have gotten yourself some pretty good equipment. 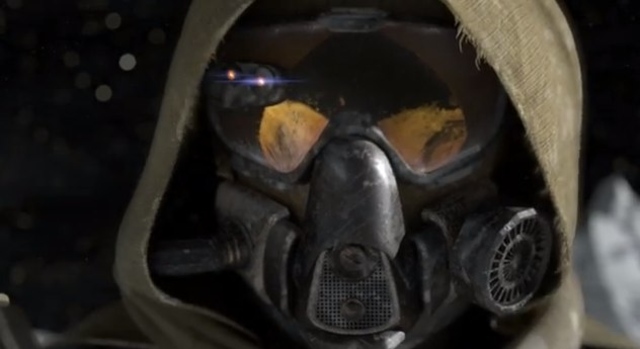 I feel Destiny has most certainly lived up to it's hype. I personally have not been so hooked on a FPS since Halo. Obviously Bungie knows what they are doing and they know how to deliver it right. Destiny is a game I think all gamers can enjoy regardless of their preferred genre. I believe this is a must have game no matter what console you play it on. Will you partake in the adventure?