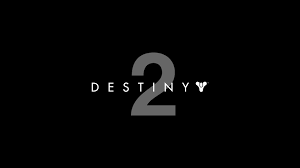 If you've been chasing the Mountaintop grenade launcher, one of Destiny 2's toughest-to-get weapons, good news: the grind is about to get a whole lot easier. Bungie's next patch will greatly reduce the difficulty of the quest to unlock the Mountaintop, which should mean that one of the best guns in the game will be available to a lot more players by the release of Shadowkeep.

For those unfamiliar, the Mountaintop is one of Destiny 2's "Pinnacle Weapons," which are high-quality guns that were released at various points during the last year of Destiny 2. Pinnacle weapons are tied to specific activities and often require a whole lot of work (and skill) to unlock. If you have a gun like the Mountaintop, the Wendigo GL, Hush, Luna's Howl, or Oxygen SR3, you're broadcasting that you put in some serious work to get it. Often, these guns become a big part of Destiny 2's metagame for top-tier players.


The Mountaintop is a powerful grenade launcher that you can only earn in Destiny's PvP arena, the Crucible. It's one of the most powerful guns in the game, which makes it great for taking down bosses in raids. But it's also one of the toughest guns to get because it requires playing a ton of Crucible matches. While you're there, you need to earn some 200 grenade launcher double-kills--which is no easy task--and 100 Calculated Trajectory medals, in which you earn three grenade launcher kills without dying. You also need to grind up to the Fabled rank in the Glory playlist. That's Crucible's more hardcore Competitive playlist, where your rank is penalized when you lose.

According to a post from Bungie on Reddit, requirements for Mountaintop are about to drop significantly with a patch slated for release on Tuesday, September 2. Instead of 200 double kills, after the patch, you'll only need 75. The requirement for medals is also getting cut, from 100 down to just 25. You'll also earn those numbers more quickly if you play harder modes: in the Quickplay mode, a grenade launcher kill or double kill will count once, but in Iron Banner, you'll get credit for two, and in the Competitive playlist, you'll get credit for three.

All of this should be good news for players who've been struggling to grab Pinnacle grenade launchers, although it's a bit of a bummer for players who already completed the struggles to unlock Mountaintop and Wendigo. It does seem possible that players who struggled to earn Mountaintop the hard way could get something special, though. Bungie recently gave out two special cosmetic emblems to players who fought in the Crucible during two major Destiny 2 moments, when Exotic weapons Lord of Wolves and Prometheus Lens dominated matches. Both guns were nerfed soon after, but Bungie released the emblems to commemorate the unintended events.

There's also one last bit of good news: Bungie isn't nerfing the grenade launchers alongside making them easier to obtain, as some players had feared.