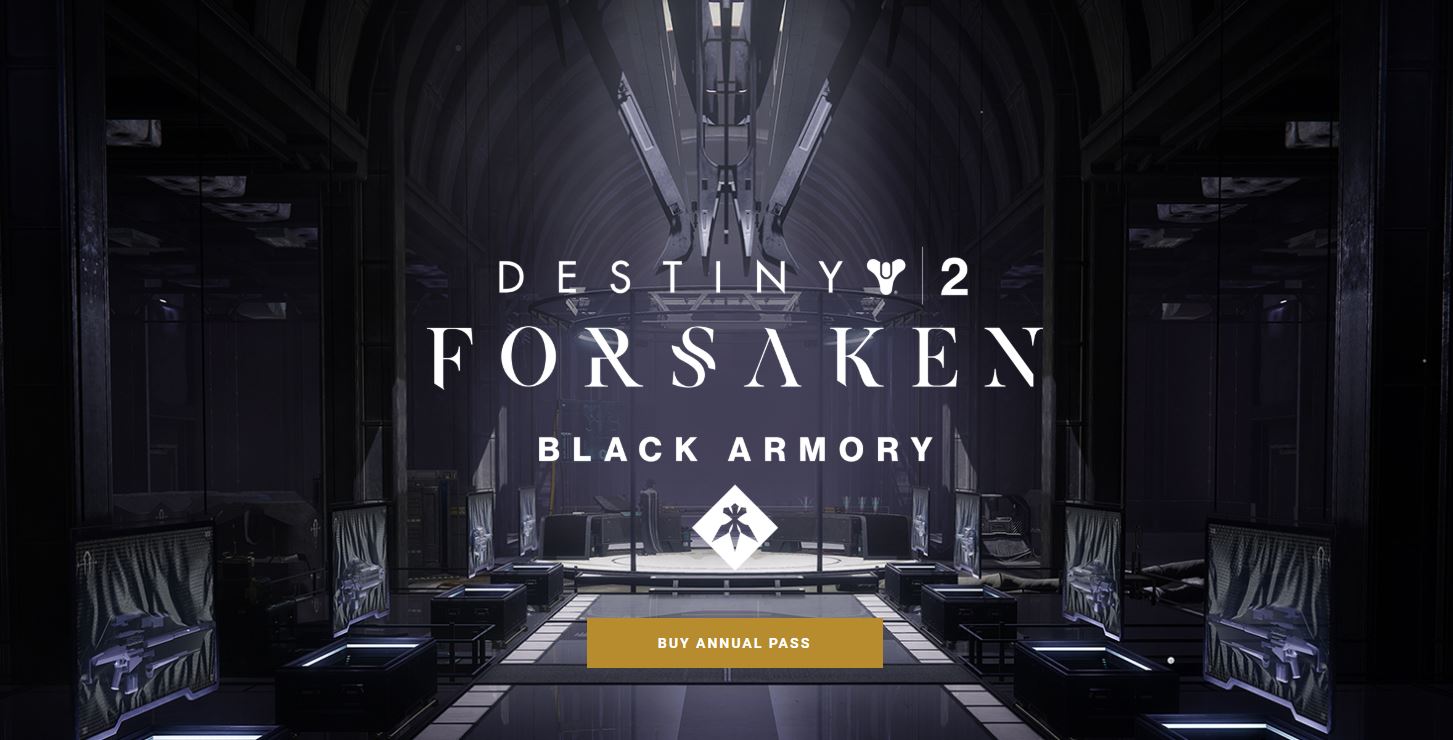 The Black Armory, Destiny 2's first expansion of the post-Forsaken era, goes live today, along with a new update to the game that patches in a few minor changes. Bungie outlined what the expansion entails last month--instead of focusing on a new story campaign, it's focusing on new locations and activities. That means a heap of new loot to get as players reignite three special Forges across the solar system, and a full new Raid on its way on December 7.

The big notable additions in The Black Armory, the Forges, sport a new horde mode-style activity that will include matchmaking and special rewards. The expansion brings five new Exotics, four of which Bungie has detailed so far, and new Pinnacle Weapons for players willing to put a lot of time and skill into Gambit, Strikes, and the Crucible. The Black Armory also increases the Power Level cap to 650, giving players a reason to jump back into the endgame grind--and with the Scourge of the Past Raid on its way on Friday, many players will want to be climbing that hill as quickly as they can.

The launch of The Black Armory accompanies Patch 2.1.1.1, which includes a host of small tweaks and balancing changes, as Bungie explained on its blog. It notably reduces Gambit's Heavy ammo boxes for Linear Fusion Rifles from five rounds to three, which should reduce the effectiveness of the many, many folks using The Queenbreaker in those matches.

Players below Power Level 550 will get some help catching up to endgame players with the new patch, as Destiny 2 will now drop Prime Engrams and their Powerful gear more frequently for players rushing to catch up. And Raiders in Scourge of the Past and Last Wish will now have the option of deleting their checkpoints in those activities if they want to restart them.

There are also a host of changes and issue fixes throughout Update 2.1.1.1. Check out the full patch notes below.