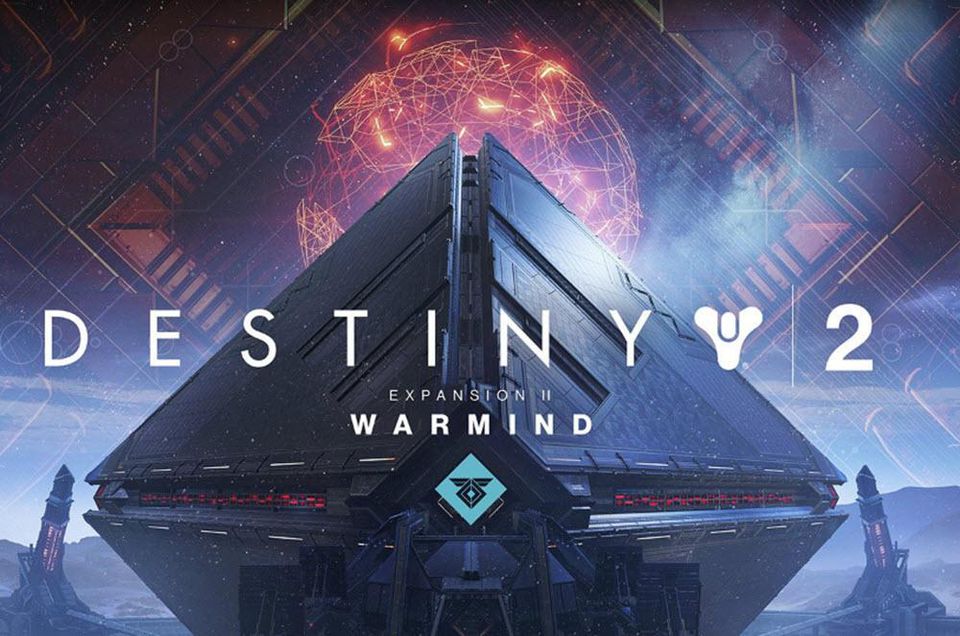 After a longer-than-expected wait, the first details about Destiny 2's second DLC expansion, Warmind, have been revealed. Bungie shared new information during a live stream that explored the new Landing Zone and area on Mars where the DLC is set, the Escalation Protocol event, and other changes.

Warmind is set on Mars but a different area we haven't been to before. The Hellas Basin features the planet's polar ice caps and is the birthplace of the Warmind Rasputin, who has awoken and is creating problems across the solar system--as evidenced by the space junk you'll see falling out of the sky. The Clovis Bray corporation plays a key part in the story, and you'll get to meet Ana Bray, a Guardian who is featured in the prologue cinematic and serves as a vendor and your main point of contact in Mars' new area.

One of the big focuses of the stream was Escalation Protocol, a new sort of Public Event that can only be activated after you finish the campaign (though you're free to join one someone else starts). This event isn't on a schedule and can be started at any time, and it involves facing off against seven waves of Hive enemies, each with various bosses. After the third and fifth waves, reward chests will spawn in, but the real rewards come after finishing Wave 7. That wave consists of a new boss with unique mechanics. There are a total of five bosses that can show up during this phase, and the game will rotate between one each week.

​
Bungie said Escalation Protocol is meant as an endgame activity (hence the campaign completion requirement) that addresses players' requests for something that is truly challenging and replayable. There is unique weapon rewards up for grabs (which will be different depending on which final boss you face) along with new armour to earn. You'll also be able to use special weapons during the course of the event, including the returning Hive sword from the original Destiny campaign. There's also something called The Valkyrie, a new type of spear that doubles as both a melee and ranged weapon and can only be used for a limited time after it's picked up.

On the Crucible side, Bungie detailed the two new types of player rankings. Valour is a progression system that goes up when you complete matches and has no loss penalties. Glory is only available in the competitive playlist and is tied to your wins and losses; you'll gain rank when you win and lose progress when you come up short. There's also a "streaking" aspect that accelerates your gains (or losses) as you win or lose consecutive matches.

Crucible rewards are also handled differently. Once Season 3 begins with the release of update 1.2.0, you can go to Shaxx for a free rewards package, and through him, you can see all of the available rewards and how to earn them. Some will be earned by reaching certain ranks, while others will also require completing certain objectives in Crucible. There's also a prestige-style mechanic where you can reset your Valor rank when you hit the max level in exchange for rewards. There's no limit to the number of times this can be done, and the number of resets will be tracked on a corresponding emblem.

Bungie also previewed private matches, which will work much like you expect, as well as some of the Exotic weapon changes being made. The overall goal is to make these weapons more useful and distinct without altering what is meant to make them unique. Not shown but mentioned is that there is a new Raid Lair--the final one for Leviathan--called Spire of Stars.

​
Following the release of the first DLC, Curse of Osiris, back in December, Warmind is due out on May 8. That's the same date that Season 3 begins, which will feature a free update that introduces an increase to Vault space, Exotic weapon Masterworks, and more. Season 3 also marks a notable change for Crucible maps, as all of the post-launch levels will be available through matchmaking to all players.

Later in the summer, Season 3 will also bring bounties, a seasonal event, improvements to Faction Rally events, and changes to Exotic armour sandbox. Season 4 is scheduled for launch in September and consists of weapon slot changes, gear collections, and more.