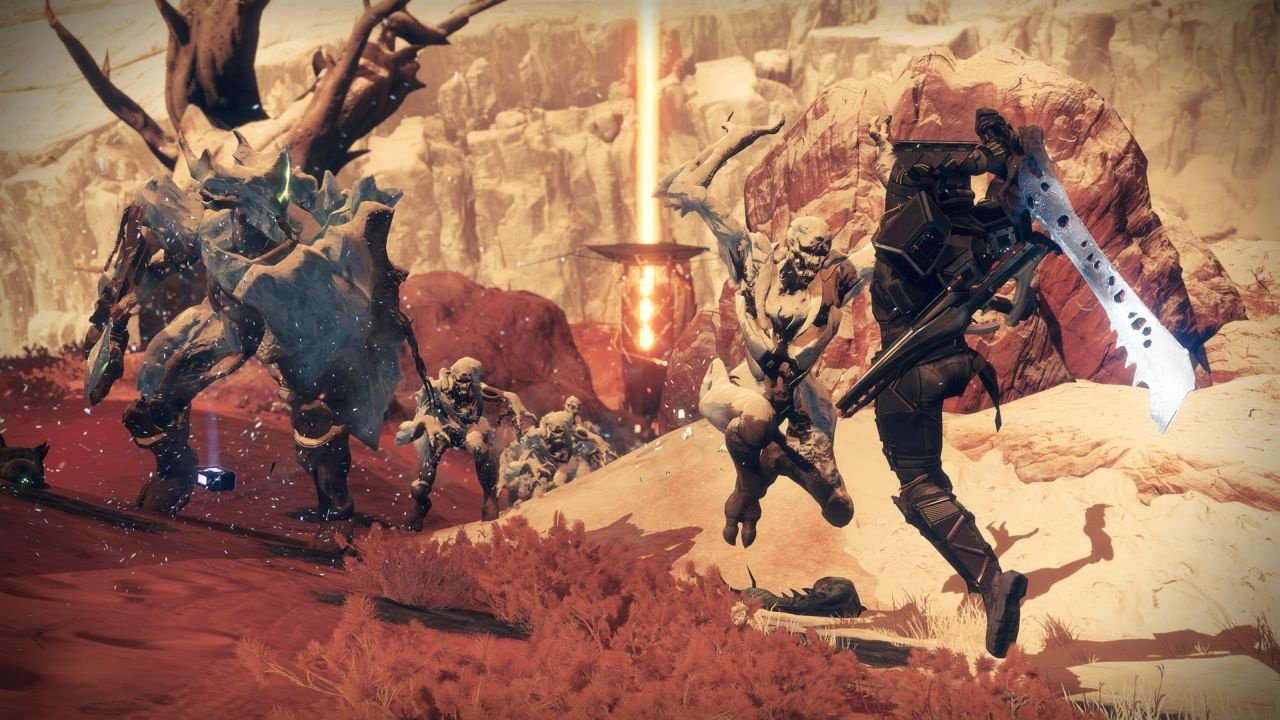 Bungie has announced a new upcoming Destiny 2 event, known as a Community Challenge, that will have the entire playerbase working together toward a set of goals. Guardians that decide to take them on will be heading to Mars, where the war against the Hive continues. According to a Bungie blog post, September's challenges are a good opportunity to prepare for Shadowkeep, where players will return to the Moon to fight the Hive.

On Mars, Guardians will need to join forces to complete a Community Objective, which will be available starting September 3 at 10 AM PDT / 1 PM EDT / 6 PM BST / 3 AM AEST on September 4. Bungie will also release a quality-of-life update on September 3 that will impact the Mars content, but the studio didn't go into detail about what this will entail. You can find more details on the Community Objectives below.

Destiny 2 September 3 Community Objectives
If all the objectives are completed during this event, any player that has completed at least one Nightfall during the period will be given a unique emblem (pictured above). This, Bungie says, will mark you as a Guardian that "rose to the Mars challenge." Emperor Calus will also unlock additional rewards for successful Menagerie completions. Starting from when the goals are met, players are guaranteed to get two rewards when slotting their runes and opening a chest. Each Friday for the rest of the season, an additional reward will be added.

It's been an exciting week for Destiny 2 players as Bungie launched cross-save on August 22. This allows players to continue developing their Guardians regardless of what platform they're playing on. Of course, the details of how to do this and full-extent of which characters you can shift around are a little more complicated. Somewhat expectedly, Destiny 2's cross-save rollout had some teething problems, but you should stick with it because it's a fantastic addition to the game.