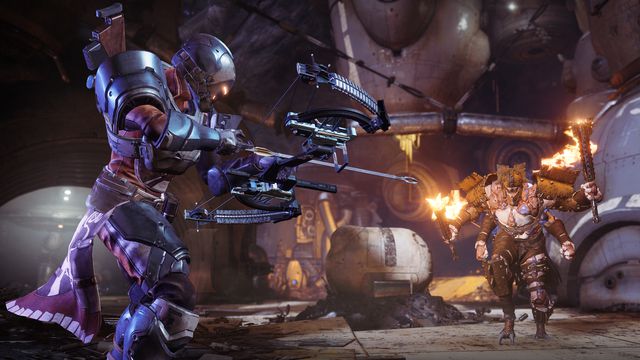 With the release of Destiny 2: Forsaken last month and the upcoming Black Armory expansion in December, October was set to be a fairly quiet month for Destiny 2. However, in its weekly blog post, Bungie revealed that the game will be receiving two quality of life updates over the next four weeks.

The first update — Destiny 2 2.0.4 — is set to release on Oct. 16. This patch has some potentially exciting changes inside, and will kick off the Festival of the Lost seasonal event. Starting with 2.0.4, players will be able to track up to three pursuits at once, up from the current single tracked item.

Players will also be able to hover over completed Lost Sectors around the universe and the game will display their name, making it much easier to find bounties in these locations. New power weapons — specifically Through Fire and Flood, Zenobia D and Crooked Fan-4fr — will be able to drop in the world, which should fix the Edge Transit problem the game currently has. Scout rifle damage will also be going up in non-player versus player scenarios.

The second update, Destiny 2 2.0.5, will release two weeks later, on Oct. 30. In this update, both swords and fusion rifles will deal more damage in PvE. The new Malfeasance exotic hand cannon will also receive a damage increase. Nightfall specific rewards will also be easier to grind for, as each time players complete a Nightfall without a specific piece of loot dropping, their chances at a drop will increase. This is also when the Sleeper Simulant nerf will happen.

Patch 2.0.5 will also house some of the much-needed changes Bungie announced last week regarding Exotic drops and Masterwork cores. Starting on Oct. 30, players will receive fewer duplicates when earning Exotics. Bungie was very clear in the preview that players will still have a chance to get duplicates, but that there will be an increased chance to receive Forsaken Exotics. Masterwork Cores are also being added as rewards to some of The Spider’s bounties on the Tangled Shore.