Destiny 2 Confirmed to Be In The Making 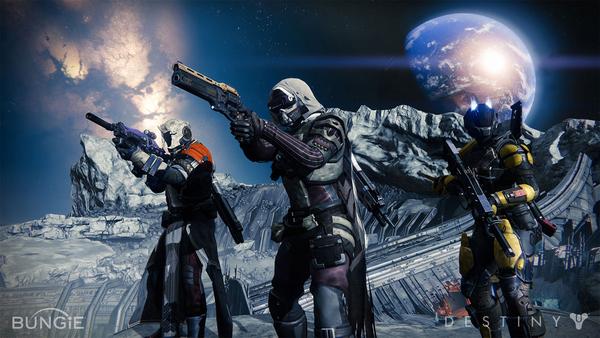 There is no denying that Destiny has been a huge success for Activision and Bungie, turning into one of the fastest growing franchises in gaming history. Earning back the rather extensive $500 million budget within its first week of launch, and hyped up to go above and beyond Bungies previous shining star Halo, it was destined for greatness. Looking at the incredible sales numbers from the get go, it was no doubt that plenty of consumers were willing take the chance on the game living up to the hype.

However, there were some bumps in the road. The game was what players expected to an extent, a repetitive and massively addictive muliplayer FPS, but it received mixed reviews based on the lack of story and multiple server issues causing problems with multiplayer events. Regardless, the game has 9.5 millions registered users and according to the publishers quarterly report, active players are spending an average of 3 hours in the game every day. Destiny was by some considered to be a risky investment, but he fact that it helped PlayStation sell more units since in September than the console did at launch, thanks to exclusive content, and also their report states Destiny to be one of the top 10 video game launches in the US, tells us that Activision spent their money well.

With the first DLC launching in about a month and a second one scheduled early next year, they gave the gaming community a nice surprise by revealing a sequel already in the works. During their latest earnings call, Activision's Eric Hirshberg said this about the future of Destiny:

"Work has also begun on future expansion packs, as well as on our next full game release."

So not only will we be seeing additional DLC's to be announced in the future, but a new game entirely. To some, this may not come as a huge shock, as Bungie and Activision previously announced plans to work on Destiny for 10 years. This supposedly includes several full games as they are planning on the title becoming a moneymaking franchise. According to Hirchberg, "Bungie aren't just thinking about the content that goes on the first disc; they're thinking about a 10-year story." They already have World of Warcraft with the monthly subscriptions and Call of Duty with a yearly launch to rack up numbers, and Destiny fits in just in the middle if they go with launching DLC's and sequels every two or three years . Let us just hope that they are not rushing this with buggy, unfinished content just to get a quick sale. All we can do is wait and see, but hopefully there will still be a few years until we see Destiny 2.0.

What are your thoughts on Destiny 2.0?