Destiny 2 Armour Changes: Here's What You Need To Know 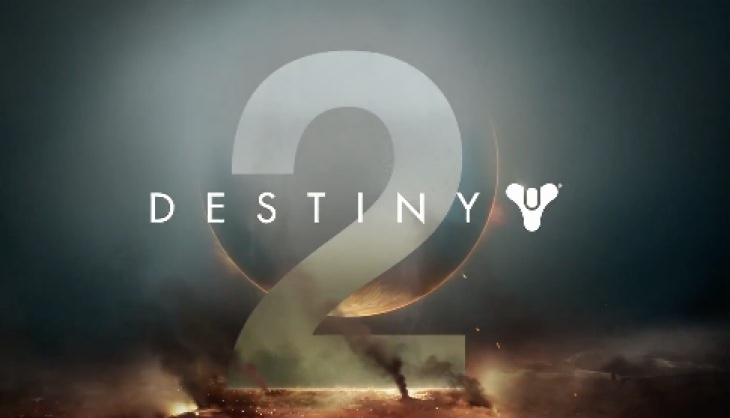 We know a huge amount of changes are coming to Destiny 2's gear systems in its upcoming Shadowkeep expansion. Armour in the expansion will be completely different as compared to its current system, offering more customization for character builds and cosmetic customization. Bungie is calling it Armor 2.0, and the studio just dropped a bunch of details about how it'll work.

Bungie previewed the new armour system in a Livestream that gave a close look at the gear you'll be chasing when Shadowkeep is released on October 1. First and foremost, all Legendary armour in the game you earn in Shadowkeep will be Armor 2.0, including old armour you can get from different locations around the solar system. the armour you earn while playing the game will now include new stats, each of which will determine how it affects your playstyle and abilities. These stats will determine whether you decide to keep and use a piece of armour or discard it and whether you'll use that particular piece of armour for one character build or another.


Currently, armour carries three stat values: Mobility, Resilience, and Recovery. Starting with Armor 2.0, Bungie is reintroducing three more stats values to armour that we previously saw in Destiny 1: Intellect, Discipline, and Strength. Here's what each does:

Bungie also makes it clearer what these numbers mean with Armor 2.0. When you move your cursor over the marker for a stat on a piece of armour, you'll see its value, and also the effect it has on how you'll play. So for instance, mousing over your Discipline stat will tell you exactly how long your grenade cooldown will be. You'll be able to equip mods to armour to change some of those values just like you can in Destiny 2 now, allowing you to further customize your armour's capabilities.

Each piece of armour also has another value, called Energy. This stat dictates how many mods you can equip to it. Each piece of armour can have an Energy value as high as 10; each armour mod also has a value, like 3 or 5. Your armour has three available mod slots, and adding a mod on an armour piece uses up some of its Energy, limiting what sort of mods you can add to an armour piece. So if your armour has 10 Energy, you can add, say, two mods that require 5 Energy each, or three mods that cost 3 Energy each.

In Destiny 2 right now, you can only equip a mod to a piece of armour once; if you equip another mod in its place, the original is destroyed. That's no longer the case in Shadowkeep, allowing you to reuse your mods multiple times. That means you can customize your armour in more ways, pushing your Guardian toward a more unique build and playstyle.

While Energy will be essential to your armour's modding capabilities, you'll have to level up your armour so it can reach its full potential. When you first get a new piece of armour, it'll only have an Energy value of 5. To raise it, you'll need to spend some currencies you'll earn in the game, in a system that sounds similar to Destiny 2's current Masterwork system. We don't know yet exactly what those currencies are or how you'll earn them, though.

Moving Your Perks Around

Probably the biggest change from the current armour system in Destiny 2 is that armour won't carry perks anymore when it drops. Right now, every piece of armour has its specific stats, as well as a random set of special perks. These include things like an aim bonus for a particular weapon, like hand cannons, or a perk that increases the frequency of drops of certain ammo types. Since those perks are random, you're incentivized to keep armour with perks you like and discard armour with perks you don't--regardless of whether you like how that armour actually looks.

Instead of random perks on armour, the mod system will pick up the slack. Perks that help with specific weapon handling or determine what kind of ammo you're likely to find will now be available as mods, so you can pick the specific perks you want for a piece of armour and equip them. Gone are the days of deleting a cool-looking piece of armour because it has bad perks; now you can just equip them as necessary.

There's another caveat: elemental types. Right now, each piece of armour you get randomly comes with an alignment to one of Destiny's three energy types: Void, Arc, and Solar. Master working a piece of armour increases its resistance to that specific type of energy. Bungie is taking things a bit further in Armor 2.0, where each armour piece will also have a particular element. The elemental type relates to its Energy; if a piece of armour is aligned with Void energy, for instance, and you want to equip a mod to resist elemental attacks, you'll have to equip a Void version of that mod. Since your armour has Void Energy, you can't equip mods that require Arc Energy. It looks like most mods won't require a particular Energy type, but some will.

When Shadowkeep drops, all Exotic armour that drops in the game will be converted to Armor 2.0. That means any piece you get from playing the game will be ready to let you install your mods on it. Exotics from pre-Shadowkeep that you already own won't change. However, you won't be required to re-earn or re-find all your old Exotic armour in order to convert it to the new system. That's where Collections comes in.

As is the case in Destiny 2 right now, you can use the Collections menu to get a new version of any Exotic you already own. When you pull an Exotic armour piece from Collections in Shadowkeep, it'll come out in its Armor 2.0 version. What the armour won't have is randomized stats, however--so if you want a set of St0mp-EE5 boots with higher Intellect or a Phoenix Protocol with better Mobility, you'll need to find new versions of those Exotics in the game.

The final piece of the Armor 2.0 puzzle is a new set of Universal Ornaments that let you change the appearance of a piece of armour. These basically give you the chance to reskin your armor without changing any of its other stats or mods, altering its look and nothing else. You'll be able to apply these ornaments to any applicable piece, so you can get exactly the look you want on your character. Those ornaments will come from the Eververse Store.

Bungie didn't outline everything about Armor 2.0, and there are more new features and changes coming in Shadowkeep that Bungie hasn't detailed yet, as well. We should be getting more details soon, though: director Luke Smith teased on Twitter that the next part of his Director's Cut blog post on Bungie's website would include more Armor 2.0 information. He also said we can expect that next instalment on August 15.