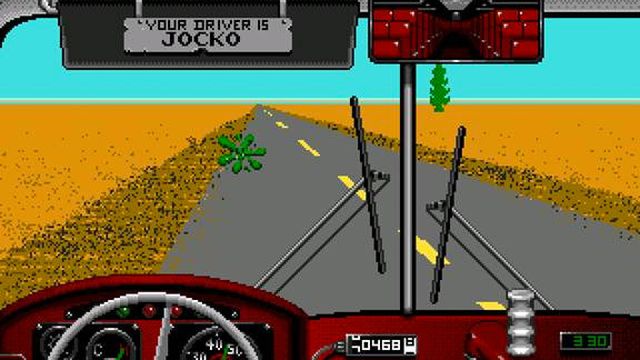 The world's worst video game is back for two weeks of torture in the desert.
​
This week kicks off the 10th edition of one of video gaming's great original charity marathons — Desert Bus for Hope. All of the drama of piloting a 1990s-era motorcoach with bad alignment is viewable here, for free, but it would be kind if you left a donation.

Desert Bus for Hope is the the philanthropy of Loading Ready Run, the comedy troupe from British Columbia who got the idea to torment themselves for a good cause back in 2007.

The marathon employs Desert Bus, the famed minigame satire from Penn & Teller's Smoke & Mirrors for Sega CD. The game is intentionally painful. Players must drive a bus between Tucson, Ariz. and Las Vegas at 45 miles per hour, in real time. Each completed trip awards one (1) point.

The charity drivers commit to drive a certain time, which lengthens as more money is donated. So you may visit this site to make a contribution, which notes how much money is needed to keep them going for another hour of pain on the 16-bit road.

Every year of Desert Bus for Hope has raised more money than the one preceding it; the beneficiary is Child's Play, the Penny Arcade charity that donates toys and video games to hospitals (particularly children's hospitals) nationwide, to comfort children in their long-term care.