DayZ Will Leave Early Access and Hit Consoles Next Year 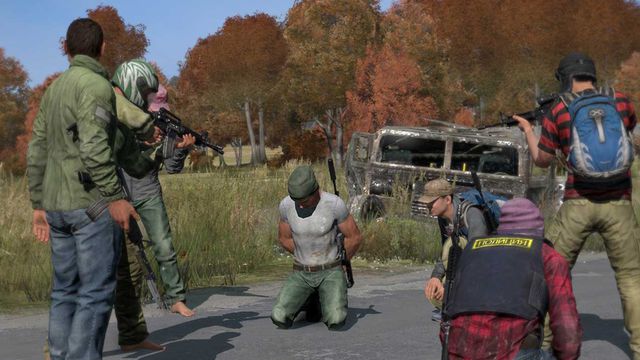 Bohemia Interactive’s survival game DayZ will finally leave its Early Access period next year, the developer said in an update earlier this week, with a beta release and console versions expected to hit in 2018.

The promise of a beta and console versions is something DayZ players have heard before — Bohemia expected to ship a beta version of the game in 2015 at one point — but the developer said it really means it this time.

“Make no mistake: this commitment is done taking all of our previous scheduling mistakes into the account,” DayZ lead producer Eugen Harton said. “We're serious about it.”

Harton said that 2018 is “shaping up to be one of the most important years for DayZ.” Just don’t expect a final final version of the game when the beta rolls around.

“DayZ BETA is not meant to be a feature complete game from our point of view,” Harton said. “It's a start of a platform that will be extended by us, and can be extended by the modding community ... By saying platform, I mean an ecosystem where we are able to keep adding things and building the DayZ community from PC BETA onward. We have talked about a number of features over the years that we intend to deliver, but our strongest focus has been put on the core loop of the game ... So after the PC BETA of DayZ gets out, we will focus on polishing the core gameplay loop, and adding content — but until we reach 1.0, we want to stay away from expanding the scope of the game further by additional features.”

Harton provided details on what to expect in the beta, in terms of player characters, infected zombies, animals and more, and what won’t make the beta (vehicle modification, barricading, birds, planes, bikes/motorbikes). Harton also noted one gameplay feature previously included in the developer’s roadmap that won’t make the cut: animal companions. Bohemia simply doesn’t have the tech to make that possible right now, Harton said.