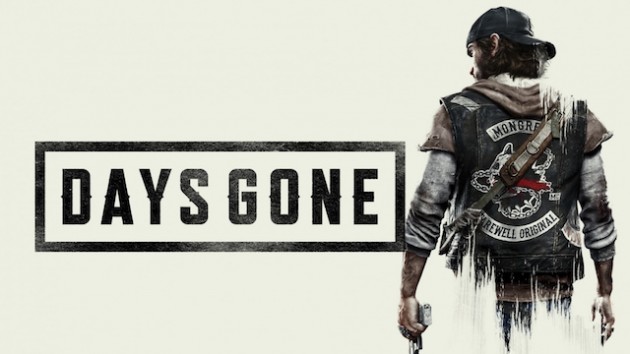 Of the number of reasons to feel optimistic about Days Gone, at the top of the list is its potential replay value. As The Last of Us and Telltale's The Walking Dead proved, there's replay ability in story-driven zombie games, provided there's a compelling narrative and memorable characters. It's too early to say if Days Gone's story will be gripping or if protagonist Deacon St. John will be as captivating as Joel or Clementine. However its narrative may turn out, developer Bend Studio is banking that one reason players will return for multiple play throughs is Days Gone's evolving surroundings, much of which is driven by changing weather. This adds a layer of depth that was lacking in the one-note debut trailer during last year's E3 press briefing.

To fully appreciate this latest reveal, one had to watch Deacon's latest mission twice, first under overcast skies, the next under snowier conditions (this latter play through was only shown in closed-door demos). This illustrated Deacon's ever-changing environmental circumstances. Snowfall can determine whether you'll have to deal with hostile wolves in one spot or a zombie swarm in another. Of course it would make sense to avoid zombie crowds by exploring when there's heavy snow. Yet, as the press briefing demo showed, there are ways to use an undead swarm to your advantage, like luring that crowd into an enemy encampment. Weighing the pros and cons of each situation should hopefully prove stimulating, rather than being an arduous routine of trial and error.

That's not to say a specific weather-based situation is safer than another. These are just environment-driven factors that create a slew of new variables to consider, whether you're discovering shortcuts after spending time exploring your surroundings or throwing rocks to lure enemies to bear traps. These kinds of actions highlight Days Gone's sneaking component, which echoes Bend Studio's pedigree for stealth, given its history with the Syphon Filter series.

Days Gone promises a gameplay loop where you're reacting to unforeseeable events while also being an inventive and proactive participant. The drive to be resourceful is also one of Days Gone's draws, although the same can be said about a lot of other adventure games. The benefit of a zombie apocalypse premise is that resource scarcity naturally factors into the game's challenges and narrative. In the case of Deacon's role in this demo, he's on a mission to save a friend who left his encampment and has since gone missing. In the process of rescuing his friend from a gang of marauders, Deacon proves himself to be quick-witted and skilled with a handgun. His motivation is still a mystery: did he rescue his friend out of loyalty or for more self-serving reasons?

Given the situations created by specific environmental conditions, Days Gone looks to deliver at least a modicum of replay value inspired by rogue likes without that genre's extreme unpredictability. This is complemented by the game's emphasis on stealth and how the changes in one's surroundings presents new infiltration routes. The most gratifying stealth play through is the kind where you're empowered with just enough tools and knowledge to infiltrate a hostile setting successfully sight unseen. With any luck, Days Gone will provide more than just a handful of such experiences.