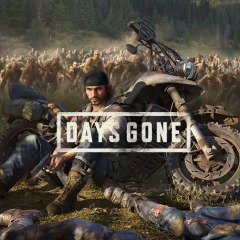 The PS4 exclusive Days Gone is getting an update soon that will add a few new bells and whistles including a New Game Plus mode. It also packs two more difficulty modes, which can be played fresh or in New Game Plus regardless of your original difficulty setting. The update is coming on September 13.

According to the announcement, a New Game Plus file will retain all of your weapons, bike upgrades, NERO boosters, skills, recipes, encampment trust, credits, collectables, and trophy progress. To start an NG+ file, you need to have finished the "I'm Never Giving Up" storyline. You can also use perks from challenges in NG+.

The update will include new Hard II and Survival II difficulty modes. These add another layer of challenge to the regular difficulty and post-launch Survival modes, and you can play them with your NG+ file for a leg up. If you're brand new to Days Gone and just want to take on a tough challenge from the start, though, you can play them that way too. You can also earn new trophies in the NG+ and new difficulty modes. The announcement teases a special weapon from a shadowy agent as well.

Finally, Bend Studio announced that the Days Gone soundtrack will be available on vinyl through Mondo. It features 25 tracks, and pre-orders will begin on September 11 through the Mondo merchandise website.