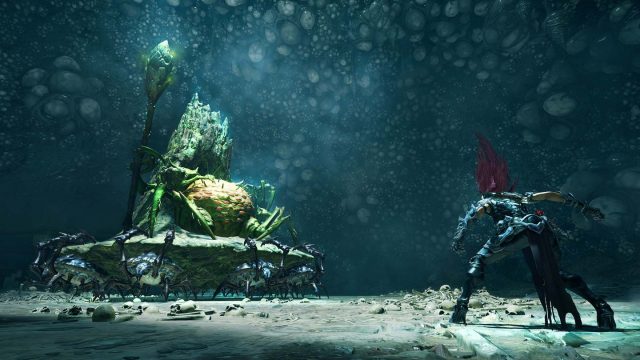 THQ Nordic has confirmed the Darksiders 3 release date as November 27, 2018. Along with the release date, the publisher has detailed pre-order options that will be available for the PlayStation 4, Xbox One, and PC game. Anyone that puts their money down early at participating retailers will get the Fury armor DLC, which is described as "a completely original skin for [protagonist] Fury's base armor that will set her apart and always be visible during gameplay."

Those that pre-order digitally from the PlayStation Store or from the Microsoft Store will have a choice between three versions of the game. The Standard Edition ($60/£45) is just the base game, while the Deluxe Edition ($72/£50) includes the bonus armor skin and two paid DLCs that will launch in the future.

Finally, the Blades & Whip Edition ($90/£59) features the game, the bonus armor, the two pieces of DLC, as well as Darksiders: Warmarstered Edition and Darksiders 2: Deathfinitive Edition. This package effectively includes three games, providing the complete Darksiders series experience thus far. Pre-ordering any of these three versions from the PlayStation or Microsoft stores will also get you access to the game 24 hours early.

Beyond the digital pre-order options, are two physical editions of the game that feature extra bonuses. Take a look at what they contain below.

Darksiders III Collector’s Edition ($150):
Darksiders III Apocalypse Edition ($400):
Darksiders 3 is being developed by Gunfire Games, a studio that is formed of ex-Vigil Games employees who worked on the original Darksiders and Darksiders 2. The first two games in the series launched in 2010 and 2012 and were re-released in 2015 and 2016 respectively. Nordic Games acquired the rights to the Darksiders series following the collapse of THQ in 2013.