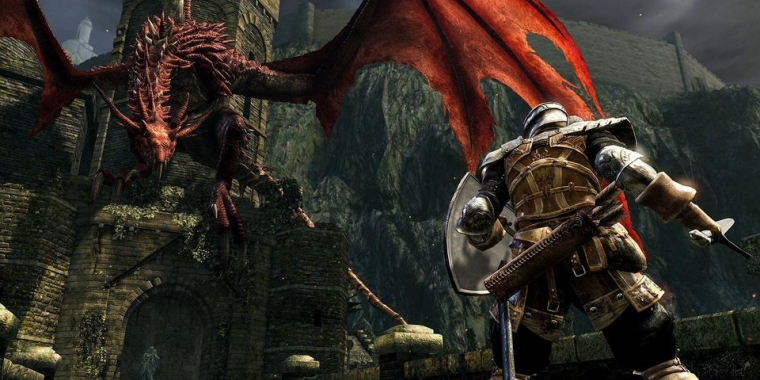 From Software has announced that the Nintendo Switch version of Dark Souls: Remastered will be available from October 19, 2018. The announcement was made on Twitter through the developer's official account. "Finally we hope you can look forward to playing Dark Souls wherever, whenever you wish," the message read.

The Switch version was originally scheduled to launch alongside the PS4 and Xbox One versions of Dark Souls: Remastered, but publisher Bandai Namco announced that it would be delayed. Alongside the game's delay, the release of the Solaire of Astora Amiibo was also postponed.

Dark Souls: Remastered was originally revealed for Switch during a Nintendo Direct in January. The Switch version renders the game at 1080p resolution with 30 FPS when docked and played on the TV. Along with the main game, the package also features the critically acclaimed Artorias of the Abyss DLC. In terms of tweaks, the remaster delivers an improved framerate and resolution from the original.

"Dark Souls requires intense focus," he said. "This isn't a lighthearted romp in a bright and colourful fantasy world; it's a methodical journey into the frightening unknown. And that's what makes it so riveting. Some games try to scare you with bump-in-the-night shocks and far-off howls, but Dark Souls doesn't require such predictable methods of terror. Its terrors emanate from its very core, each step bringing you closer to another inevitable death.

"How amazing that such a terrible place could be so inviting. The game's world is so memorable, and its action so thrilling, that it might invade your thoughts even when you aren't playing, silently urging you to escape the real world and return to this far more treacherous one. Dark Souls doesn't just surpass other dungeon crawlers; it skewers them with a razor-sharp halberd and leaves behind their soulless corpses."