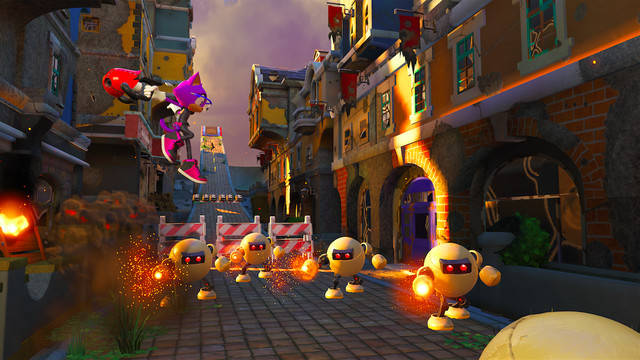 Sonic Forces is introducing a new feature to the franchise that is aimed squarely at hardcore fans: the ability to create, and play as, their own original hero.

Most exciting are the customization options. There are seven different kinds of animals that players can choose from, including wolves, rabbits, cats, dogs, bears and birds. (There’s also a hedgehog, of course.) Each one comes with a particular ability to complement their arsenal of gadgets.

The original characters will also factor into Sonic Forces’ storyline and even appear during cutscenes. A trailer above introduces the Hero Character feature, while the one below shows some new Sonic Forces gameplay. A gallery of various customizable heroes is also at the bottom for another glimpse at this feature.


Sonic the Hedgehog’s fanbase is well-known for its love of creating their own Sonic-style heroes set in the franchise’s universe. Just Google your name followed by “the Hedgehog,” and you’ll see exactly what we mean.

Sonic Forces is out this holiday season on PlayStation 4, Nintendo Switch, Windows PC and Xbox One.