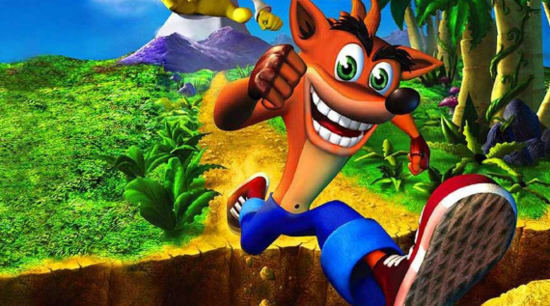 Well, I think we all knew that Shawn Layden wearing a Crash t-shirt back at the PlayStation Experience event wasn't simply to tease, or at least we all hoped it wasn't. Last night during Sony's E3 press conference, Shawn walked back out on stage after a plethora of game trailers and demos to some of the classic music that most of us can recall hearing quite a bit during our childhoods. Although it didn't turn out to be a brand new installment in the series, Layden did reveal that in working alongside Activision, they will be releasing remastered versions of the original three games in the series.

For those who don't remember, that means Crash Bandicoot, Crash Bandicoot 2: Cortex Strikes Back, and also Crash Bandicoot: Warped will all be available to play on PlayStation 4. Now that is bringing back waves of nostalgia for me that I can't even begin to describe. When exactly these remasters will be released was not announced, alongside the fact that there was no gameplay or trailer shown for how these remasters will look. So I suppose we'll just have to put our trust in Sony and Activision that they will bring these classic titles back into the limelight with a makeover we can all be proud of.


​
Along with this info, Hayden also let everyone know that Crash will now be making his way exclusively into the PlayStation 4 world of Skylanders Imaginators. The developers of Skylanders really wanted to capture Crash's quirkiness and do their best to bring the twenty year old character back to life in the HD setting that turned out to be a breath of fresh air for Crash. You can see him performing his usual crazy acts in Skylanders in the video above, and stay tuned to the Homepage for any forthcoming details about the Crash remasters!