​
Craft The World is currently the newest sandbox strategy game released on Steam, which was released earlier today. The developers, Dekovir Entertainment has worked hard to create a new creative and unique mix of Terraria, Dungeon Keepers, and Dwarf Fortress. Players must go on an adventure into several randomly generated maps which are infested with the most dangerous monsters you could imagine. You must collect resources in order to continue building weapons and craft all of the supplies you will need, including weapons, and armor. You will need to keep your tribe alive and healthy for them to fight against enemies. Craft The World has an 94% positive rating on steam, out of over 1,600 users who have already given their opinion on the game.

Dekovir Entertainment has also been responsible for other games such as Puzzle Blast, Hidden Magic, Kuri Pets and around fifteen other games released throughout the years. The game developers have plenty of experience with developing and designing games, and fans should be excited. 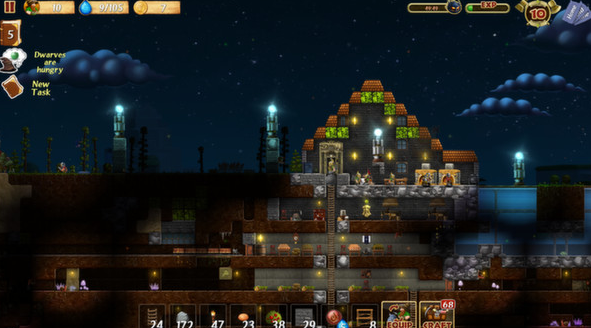 Players will have the ability to control tribes by giving them specific commands to dig in which ever area the player chooses. Players must take on the responsibility for providing food and clothing to their tribes, which is a bigger challenge then you might assume. Craft The World is a strategy game which indicates that this game will be difficult, so doing simple things such as providing food and clothing to your tribes comes with a much more difficult twist than imagined.

According to Dekovir Entertainment, all of the levels within the game have several layers that the player is able to explore, you better be careful though, as lava lies beneath you. When the game first begins, you are stranded on an island with no food and no clothing, and you must help your tribe make it to safety and live through the struggles you will be coming across. Players have the option of customizing several different features, such as the world size, temperature, terrain, and humidity. Players must explore rooms in abandoned houses and halls, looking for treasure to make your tribe richer and stronger.

Craft The World revolves around a user-friendly crafting system, which is similar to Minecraft's crafting system. All of the recipes that can be used within the game are available whenever the player feels the need to create it. Players have the ability to craft several different items, including several forms blocks, furniture, weapons, armor and food. Crafting will most definitely be useful in this game and most likely required in order to continue on your adventure. You will be able to find the recipes for the simpler objects in the game, which can be discovered around the outskirts of the Island. Exploring is your friend in this game, use it to give yourself a major advantage. 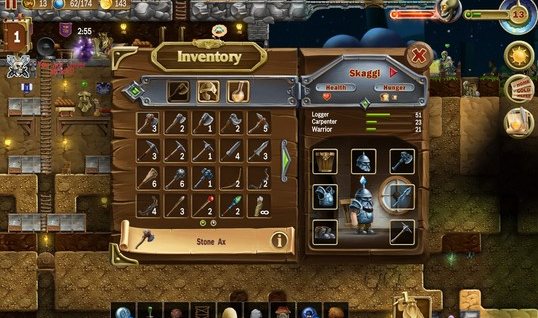 Craft The World, as mentioned earlier has several difficult challenges that will be thrown at you as you continue to play. Each and every world has been infested with spooky creatures of the night, which includes monsters such as zombies, skeletons, goblins, beholders, ghosts, giant spiders and a handful of other mythical creatures coming after you at night. You must keep your tribes hidden from the enemies in order to survive. If monsters come in contact with your tribe, the monsters will become viscous and put your tribe at risk! If having to deal with those monsters are not already bad enough, you also must take on dangerous waves of monsters coming from portals surrounding your base. Quickly build a safe haven with strong walls to keep these monsters far away from you!

The only specific power that your player possesses besides the ability to control your tribes, is the ability to use magic. You have the power to increase the movement speed of your tribes. You also have the ability to illuminate scary dark caves and to scare away anything lurking about. You can also send flaming fireballs at your enemies which will most definitely be useful during fights.

Craft The World was published by Black Maple Games. It was released to the public on November 24th, 2014. It is currently available for purchase on Steam for only $18.99, which in my opinion, is very much worth it.