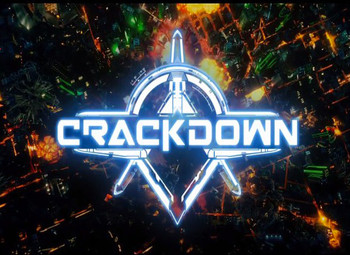 ​
Crackdown 3 astonished all of us this week when they released Pre-alpha In-game footage of multiplayer gameplay on the Xbox One at Gamescom 2015 this week. The gameplay gave us a mindblowing demonstration of what’s to come in the all new multiplayer experience using the Xbox One cloud computing solution. They claim the service gives twenty times more power than Microsoft's current Xbox One console which in turn multiplayer will now feature one-hundred percent destructible environments utilizing this new computing solution.

Unfortunately it appears that the devastating levels of physics-based destruction will be limited to multiplayer due to the destruction's reliance on being connected to the cloud, meaning, Xbox live. Creative director David Jones said "Yes, destruction is exclusive to the multiplayer mode," and claims that "You're meant to be saving the city, so we really wanted to create a new multiplayer experience that bent that.” In other words, they want all the pandemonium to be kept online and the singleplayer to be completely centered around saving the city!

The Crackdown 3 developers Realtime Worlds have went all out on the multiplayer aspect of the game, making sure players have an experience they won’t forget. I have a feeling that there is a great deal more to come as David Jones said, "It's a multiplayer experience that is more than just a simple deathmatch." I guess we’ll have to wait and see!

Microsoft has yet to have specify a release date, however, David Jones narrowed it down to summer 2016.