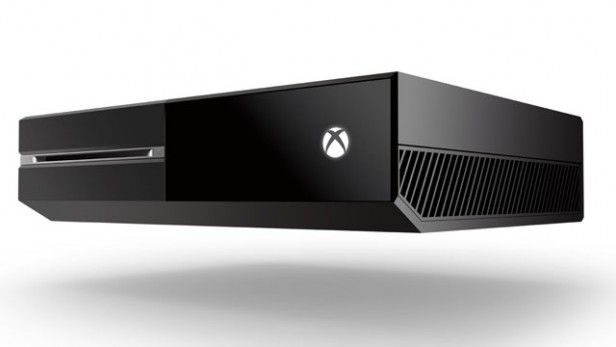 Residents of China will have to be without the Xbox One console for quite some time, as the release date for that part of the world has been pushed back. The console is now set to release at the end of this year, but no exact date has been given. Microsoft stated the reason for the delay is to give themselves a bit more time to deliver the best possible experiences. Fans in China were set to receive the console this coming Tuesday, will now be forced to wait until the end of 2014, but even that is not set in stone, and there is the possibility that the date could be pushed back even further. The Xbox GM in China stated that customer who pre-ordered the console will receive it first, with an added bonus. There will still be a launch event held in Shanghai on Monday, this includes 100 giveaway consoles.

It is no secret that Microsoft has had to do some things in their time that were disliked, but when it comes to the Xbox One they certainly beat their own record of setbacks. The Xbox One is controversial enough without Microsoft having to make it any worse. One rather large nuisance to fans was the fact that the console was released in 2013, but only in a few parts of the world, NOT including Europe. European fans who opted not to import their Xbox and pay extras fees had to wait until this year to receive their Xboxes, and even then there were shipping delays to customers who had ordered theirs to be delivered on “Day One”. In terms of the Chinese release, it is a fair point in Microsoft's defence that the ban on videogame sales was only lifted earlier this year (which will mark the first sale of videogames in 14 years), and also making the Xbox One the first “official” major console release since the lift of the ban. It should also be noted that both Microsoft and Sony have signed deals with the same Chinese entertainment firm, allowing them both to sell Xboxes and Playstations, respectively. This has made things even harder for Microsoft, as they cannot monopolize the Chinese video game industry, or at the very least not do it as easily as they may have thought. There have been a recorded 100,000 pre-orders of the console, in a country that houses over 1 billion people. Not the figures Microsoft wants to see at all.

But really, it should come as no surprise that Microsoft is not doing as well as they have in previous years. When it comes to the Xbox One, it’s only fair to say that they jumped the gun, and shipped the console with quite a few issues (both hardware and software related) and this angered customers. Being one of the early buyers of the Xbox One myself, I can confirm that the first few months did indeed feel like I had paid a large sum of money to “beta test” a broken console. It stopped me (and others) playing the console for a while. They had to release numerous beta dashboards for users to sign up for, which wouldn’t be so bad if the console had been in circulation for more than a year at least, but most of the features of these beta programs are features that should have been implemented in the base console in the first place. For example, only recently has the ability to see friends coming online become available to beta participants. This should be a core feature of the Xbox One, its marketing relied heavily on playing online with friends but not being able to see when they came online made that difficult. Another thing that angered customers, was the lack of games to play when the console released. Sure this was not totally Microsoft's fault and they can’t be held responsible for certain game developers and their shortcomings, but they should have planned out their release differently. One more thing that can be viewed both positively and negatively in some cases is the price drops. Yes, the price drops are brilliant for those of you who are looking to purchase the console, and you’ll receive many games and extra goodies, but what did the original owners get? An average console, at full price, with a limited HDD space (there are Terabyte models of the Xbox One on the way, which doubles the current space limit).

Europeans had to wait almost a full year for their consoles, and why? They received no new features, they are still on the original “dash” from November of last year, with its lack of content. Sure there have been actual forced updates to add new features, most of which I have enjoyed (such as the snapping of achievements) but still, these things should have been there from the real Day One. Even in the new wave of “Day Ones” released to Europe and other parts of the world, they still have to sign up to the beta dash if they wish to receive additional content, what was their wait even for? That was a terrible move on Microsoft's part.

Of course, I can’t be too harsh to Microsoft, because I do enjoy using my Xbox One. I think the console is fantastic now, though it is missing quite a few things and I do feel some features were executed poorly (like the friends feature, having to “follow” people. This is Xbox, not Twitter) but nothing is keeping me from playing it any more, especially since the release of a few games, with more to come. Including the MCC, which was a good move on Microsoft's part. All in all, Microsoft released a great console, a year early, but at least we can look forward to the future and move past the fumbles in the console's past. How do you feel about your Xbox One console? What do you think of Microsoft and their execution of the console, including late releases?