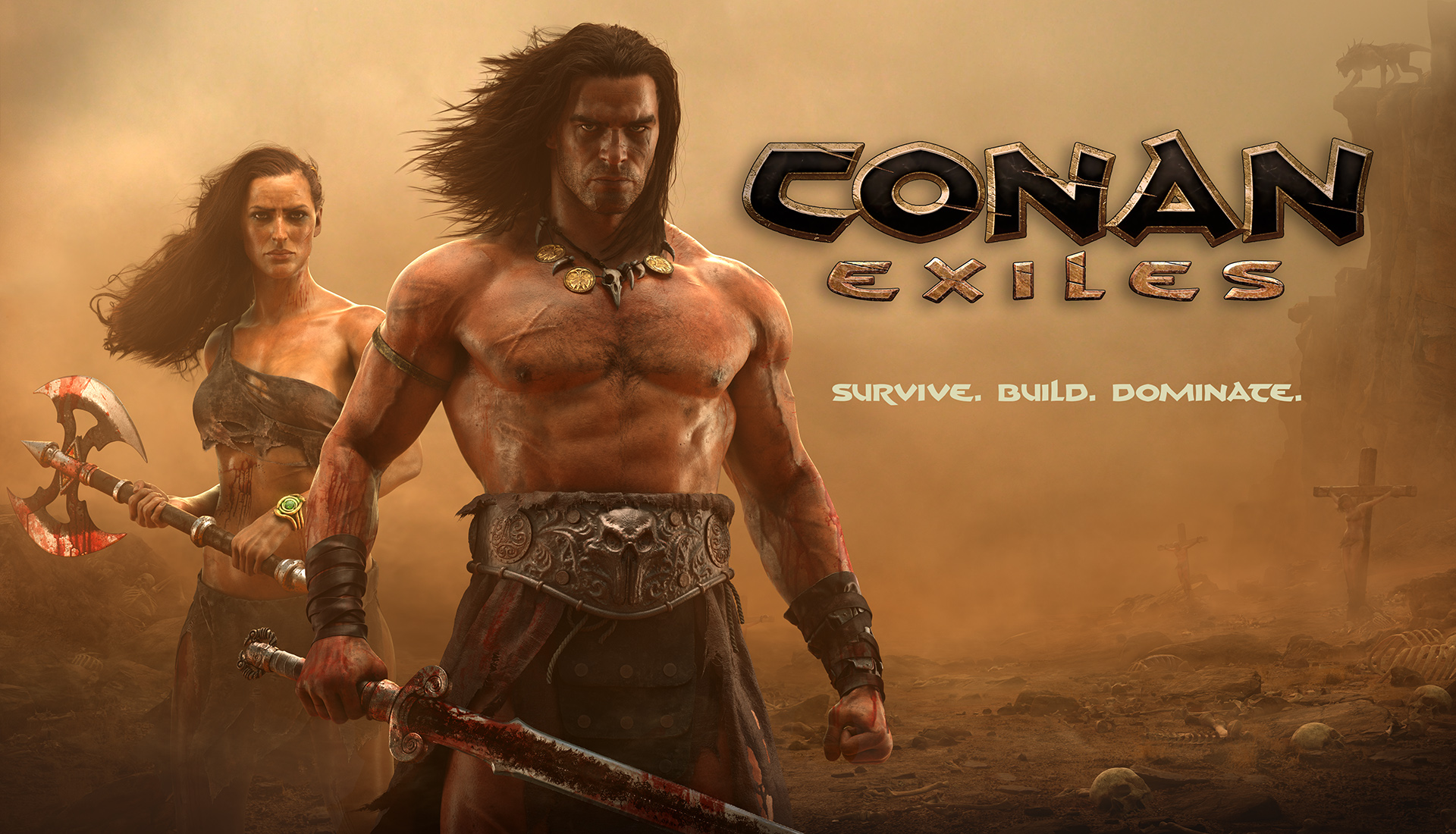 Funcom has announced the official release date for its open-world action game Conan Exiles. The game is already available in Early Access on PC and on Xbox One through the Game Preview program, but the official release will take place on May 8, 2018. Funcom is also bringing the game to PlayStation 4 on that date. Sony's system does not have an Early Access/Game Preview system, so players on that system have had to wait.

Funcom also released a new trailer for Conan Exiles today to celebrate the release date announcement. The video shows off some of the game's sprawling, open-world environments, as well as the otherworldly creatures that players will encounter. Also on display are some of the game's building and construction mechanics.

Conan Exiles will cost $30 on PC when it launches in May; currently, the Steam Early Access version is priced at $30. The Xbox One and PS4 editions will cost $50, which is the same price as the current Game Preview version on Xbox One. If you pre-buy Conan Exiles on Xbox One or PC digitally you'll get the the Conan's Royal Armor in-game item when the game launches; this will also be available for PS4, but not until pre-orders open for that version at a later date.

A physical version of Conan Exiles is also on the way, through a partnership with Saints Row franchise owner Koch Media. You can pre-order the Day One Edition now to get things like a printed, physical game map and Conan's Atlantean Sword for use in the game. What's more, a Conan Exiles collector's edition has been announced.

The centerpiece of this is a six-inch Conan polyresin figure, modeled after his look in the Conan Exiles cinematic trailer. This bundle also comes with a comic book made in partnership with Dark Horse, multiple soundtracks, an artbook, and a world map, along with digital goodies such as the "A Witch Shall Be Born" comic and a 368-page rule book for the Conan pen-and-paper game.