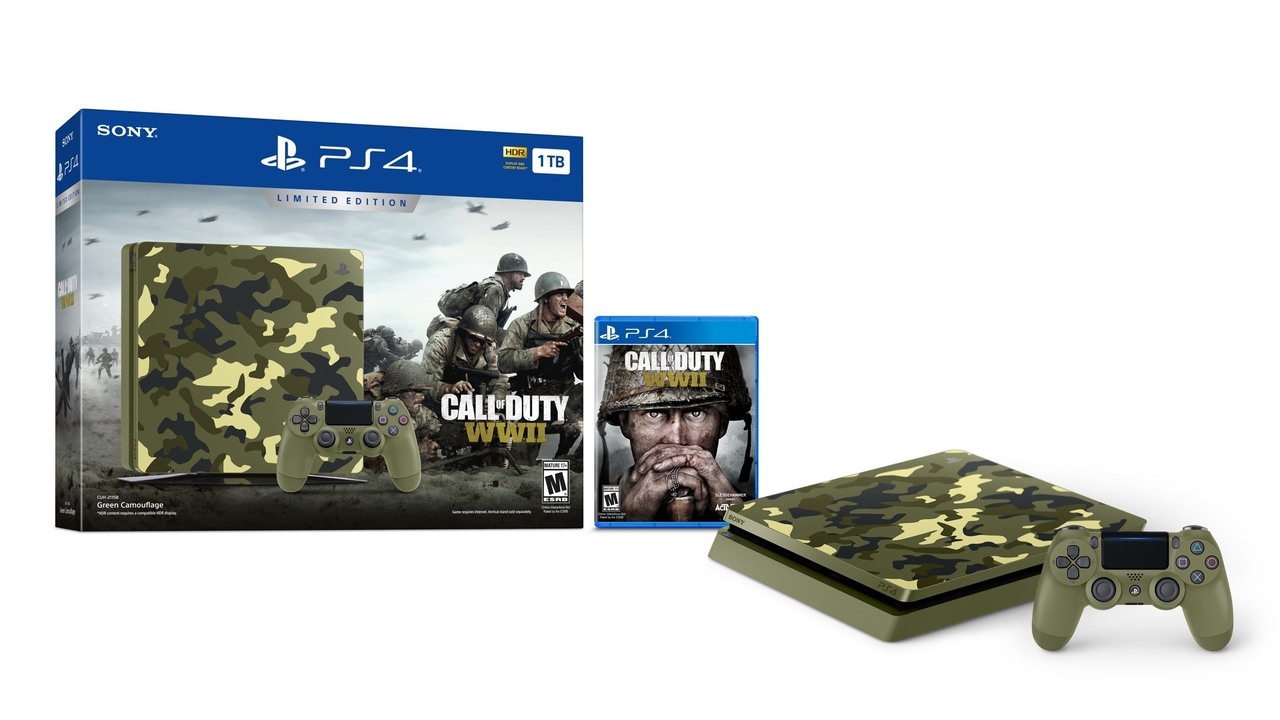 To coincide with the release of Call of Duty: WWII, Sony has announced that it will release a new limited-edition version of the PlayStation 4 later this year. It features a camouflage design and a matching controller.

The Call of Duty: WWII PS4 bundle includes a system that sports a traditional camo design, with a PlayStation logo and a variety of DualShock silhouettes hidden in the pattern (but no boots on the ground that I can detect). The console comes with a 1 TB hard drive and is paired with a two-tone green controller that matches the camo. In addition to the system itself, you'll also receive a copy of Call of Duty: WWI; Sony hasn't yet specified if this is a physical or digital copy, although bundles tend to include the latter.

​
Pre-orders for the bundle go online today, and it will then launch alongside the game on November 3. It's priced at $300 in the US and $380 in Canada; further international pricing has not been announced, though we do know the bundle is coming to Europe. Additionally, those in Europe who purchase the bundle will receive some in-game content: the Divisions pack, Nazi Zombies pack, and a weapon unlock Token. In Europe, Sony will also offer bundles with the game and the standard black PS4 and PS4 Pro models.

Call of Duty: WWII launches on November 3 and, like recent games in the series, will feature timed exclusive content. That means DLC packs will launch on PS4 30 days before they arrive on PC or Xbox One.