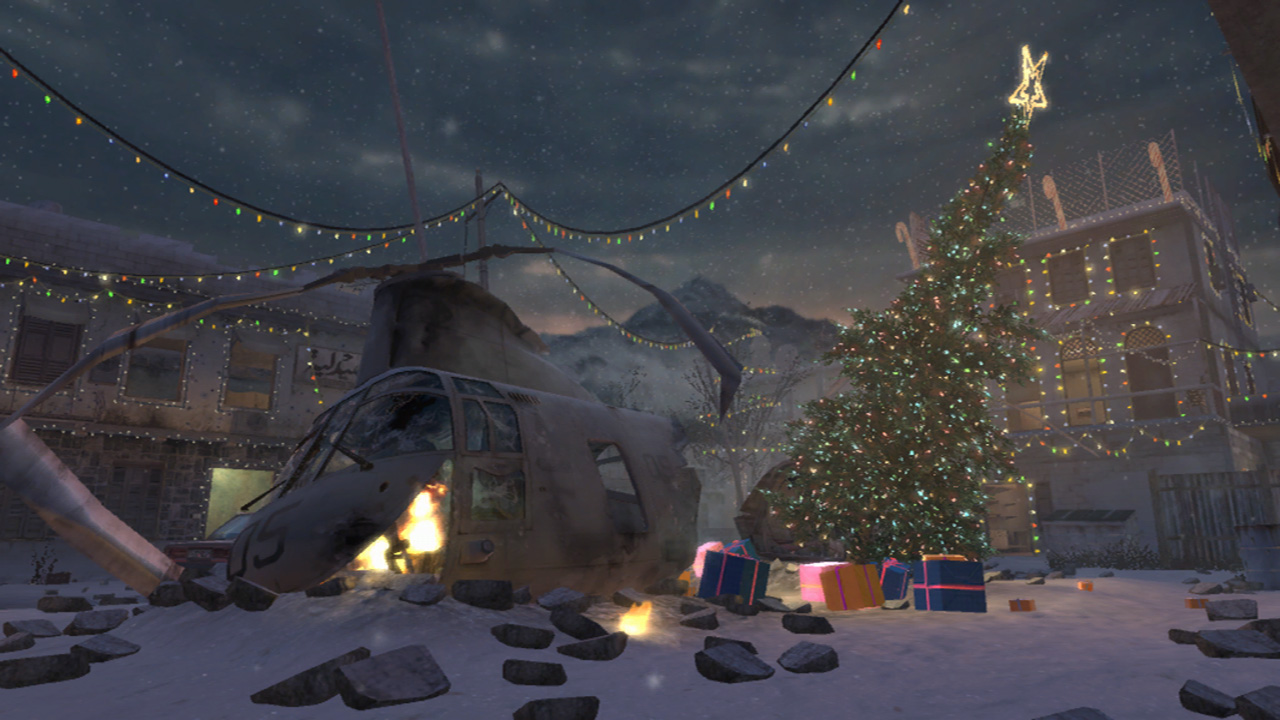 Call of Duty 4: Modern Warfare Remastered's multiplayer mode grows today with six more maps. The game launched in November with 10 maps, and six more come to the game today, bringing the total up to 16. That's every base game map from the 2007 original.

The new maps include Bloc, Countdown, Pipeline, Showdown, Strike, and Wet Work. Additionally, the Winter Crash map comes to the game and will get its own 24/7 playlist on December 20. In the original game, Winter Crash was exclusive to PC, so this is the first time it's playable on console.

Additionally, two new game modes, Gun Game and Hardpoint, have been added to playlists. On top of that, two holiday-themed weapon camos, Gift Wrap and Ugly Sweater, are now available. These can be unlocked by completing challenges in the Winter Crash map.

What's more, new personalization items are available in Modern Wafare Remastered through the Operation Arctic Wolf loot drop. This comes with weapon camos, reticles, uniforms, emblems, and calling cards. There are also new characters, including female fighters, added to the roster with this package. This is the first time that female characters have been playable in Modern Warfare.