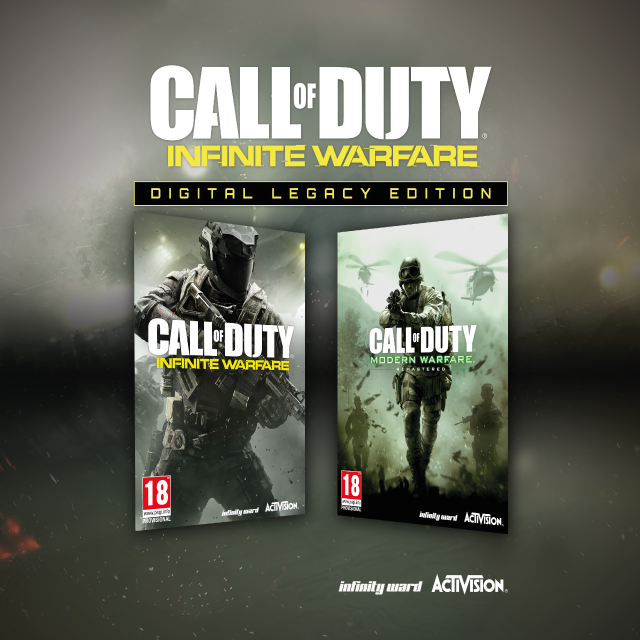 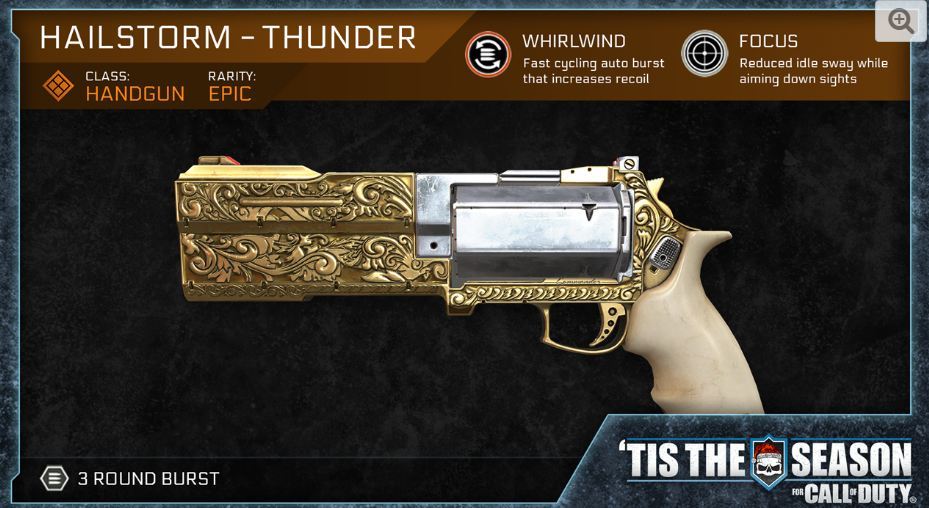 Activision announced some holiday DLC bonuses for Call of Duty: Infinite Warfare and Modern Warfare Remastered today. First up, everyone who has played Call of Duty: Black Ops III and Infinite Warfare will receive a prototype version of the Hailstorm pistol. The weapon has a three-round burst with two perks, the first of which is Whirlwind. This makes the gun fire faster but with increased recoil. The second perk is Focus, and it reduces the pistol's "idle sway" when aiming down sights.

Also coming to Infinite Warfare is a holiday-themed makeover for the Genesis map. This map, which is called Genesis Holiday, will also get its own 24/7 playlist.

Another part of Activision's holiday DLC celebration are new maps and modes for Modern Warfare Remastered. As announced previously, Activision will add six more remastered maps from the original game (Bloc, Countdown, Pipeline, Showdown, Strike, and Wet Work), bringing the total up to 16. These maps arrive on December 13, which is also when the Hardpoint and Gun Game modes come out.

What's more, the Winter Crash map is coming to Modern Warfare Remastered. The game will host a 24/7 playlist for it starting on December 20 and running through the holidays. More details about this will be announced later. 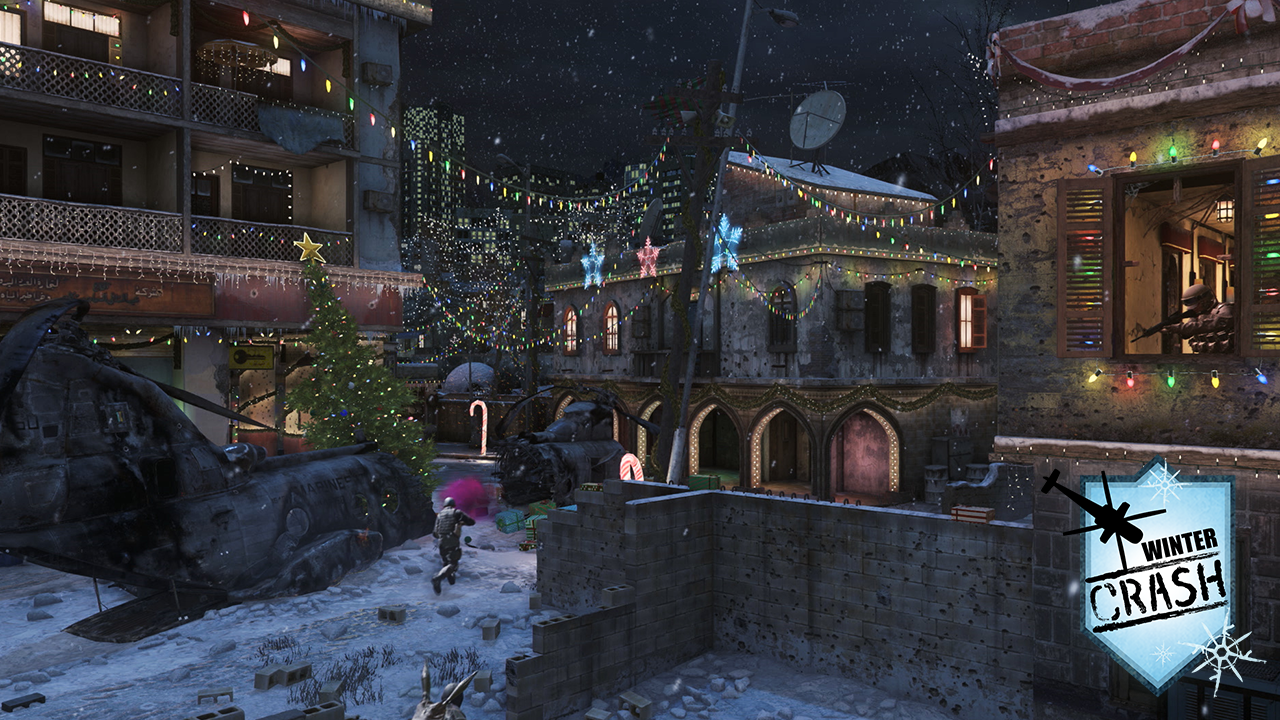 Finally, Activision announced a 12 Days of Winter promotion for Infinite Warfare. Kicking off on December 21, this campaign will offer up things like Key bonuses and winter-themed personalization items, among other things. All you have to do is log in to receive the bonuses. The promotion ends on January 21.