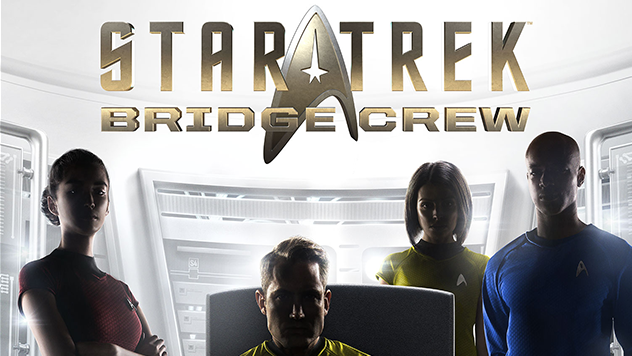 Star Trek: Bridge Crew gives you a cool way of experiencing the Star Trek universe: hop into a virtual ship with several friends, each of whom takes on a different role, and confront challenges and obstacles together. Up until now it required either a Vive, Rift, or PlayStation VR headset to play. But today, Ubisoft updated the game so that you can play it even if you don't own a VR headset.

Now, anyone who owns the game on PS4 or PC can check it out with just a controller or mouse and keyboard. In addition, players with VR headsets can join games with non-VR players. This will certainly make it a lot easier to fill out your crew, now that the barrier to entry is much lower. You can check out Ubisoft's developer commentary on the patch in the video below.

In addition to removing the VR requirement, this update also adds "enhanced Windows Mixed Reality support." Although it's unclear how the game will work on Mixed Reality headsets, Ubisoft promises that it will add "more options for players to explore uncharted space."