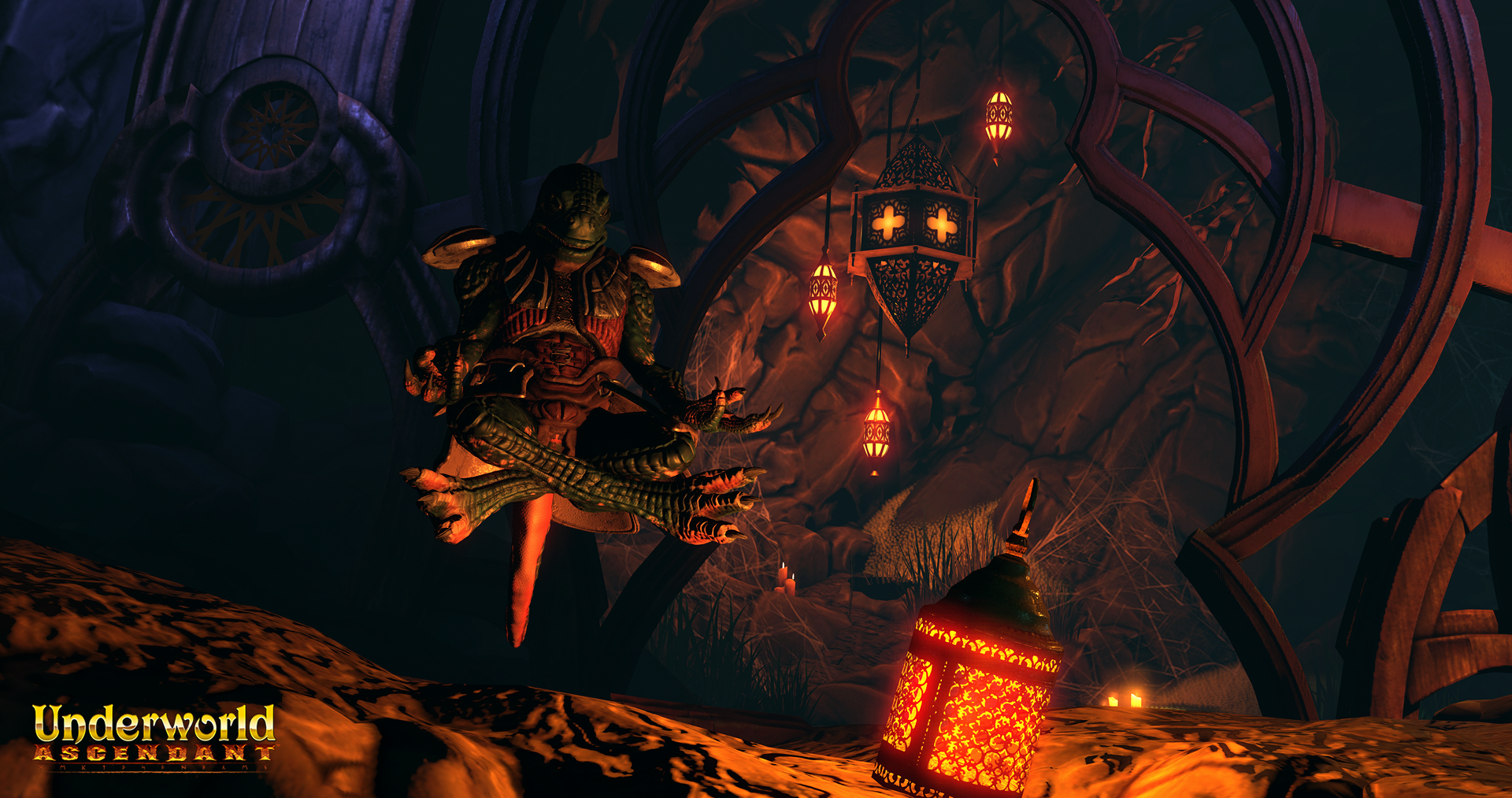 Following its Kickstarter campaign back in 2015, the creative team at OtherSide Entertainment have been steadily working on the sandbox dungeon-crawling RPG Underworld Ascendant. As a successor to the classic fantasy RPG Ultima Underworld, one of the earliest immersive-sims designed around player agency and the dynamic encounters that result from moment-to-moment interactions. The development team is focusing on this approach to rich sandbox gameplay for the trek through the labyrinthine dungeon known as The Stygian Abyss.

With the immersive-sim being one of the most influential sub-genres when it comes to sandbox design, inspiring modern games like Dishonored, Prey (2017), and BioShock--the creators of the upcoming dungeon-crawler had a desire to see a return to a particular style of games that brought players into the world and connected them with the subtle nuances and systems therein. GameSpot recently had the chance to check out an early build of Underworld Ascendant, while also getting to chat with the creative team about the appeal of the timeless immersive-sim genre.

Underworld Ascendant places you in the dark corridors of The Stygian Abyss, an immense dungeon filled with traps, monsters, and tons of loot to collect. In traditional dungeon-crawling fashion, you'll traverse the caverns and take on many challenges that lurk around every corner. But in the game's rather self-aware style, it encourages you to embrace your own agency and experiment with possible solutions to the many encounters. Ascendant presents you with situations and the tools to solve them, leading to a variety of unexpected outcomes that you would least expect. If you can think of a solution, the game will allow you to see it through--for better or worse--revealing the intricacies of the improvisational design that Underworld is centred around.

Speaking with OtherSide Entertainment's founder Paul Neurath--and co-founder of Looking Glass Studios alongside Warren Spector, the same studio behind Thief: The Dark Project and the original Ultima Underworld--he spoke about his past work within the space of the immersive-sim genre, and how Underworld Ascendant is a return to the hands-off approach to player agency--encouraging a "no right or wrong way to play" style.

"I was a big pen and paper gamer back in the '80s, I did a lot of Dungeons and Dragons and I'd be the dungeon master and run campaigns," said Neurath. "To me, what I liked about that is that I could use my imagination to fill things in and let the players figure out how they wanted to solve it. So really it was sandbox kind of gameplay. The original Ultima Underworld started in that context to recreate that kind of experience. We were limited in how we could do it due to the power of the PCs back then--phones today are far more advanced than anything back then--but I've always been fascinated by creating these virtual worlds where the players could come up with their own solutions in a very sandbox way."

While Underworld Ascendant wears its RPG lineage on its sleeve, it surprisingly does away with a number of tropes and design schemes that are familiar with the genre. In place of committing to a specific set of skills and attributes, Ascendant gives you a jack-of-all-trades archetype and lets you pick your preferred approach at any given moment. In one scenario, the player character will wield a large sword to battle monsters, and in the next they'll use a magic wand to set fire to flammable fluids, torching surrounding enemies. During our time with the pre-alpha, we got a small taste of the number of options that were available.

In one section during the tutorial, stealth was a suggested approach to manoeuvre past armed skeleton warriors, who could pick us off from afar with their arrows. While the game lets you go full-stealth--even letting you use water arrows to dose the nearby torches to cast more darkness--you can take a more offensive approach as well, using your own ranged attacks to take out the skeletons. Ascendant also possesses a sophisticated physics engine, allowing you to use a magic wand to suspend objects in the air to use as platforms, or even drop large blocks onto unsuspecting enemies below you.

If our small slice of the game is any indication of what's to come, Ascendant appears to empower players with the ability to adapt to situations without binding you to a specific role. It was encouraging to see how much Underworld sticks with the core tenets of what an immersive-sim is all about while letting players figure things out for themselves--whether it works out for them or not. With an expected release of late 2018, the current build of Ascendant shows a lot of promise.

Despite the traditional fantasy dungeon-crawler being a rather well-worn setup, other side's approach shows respect and reverence for the immersive-sim design, while also possessing a charming self-awareness of the player's journey. Underworld Ascendant also possesses qualities of a puzzle game, turning situations where you come across packs of skeletons and monsters into smaller scale events--tasking you to push the systems in ways that fit your preferred style of play to tell your own kind story. The founder of OtherSide Entertainment also believes this is what makes games unique from any other storytelling medium, which the studio wants to pursue with its return to the immersive-sim.

"There are lots of games that do a wonderful job of telling a great narrative, almost like a Disney ride, and that's been very common for games--but I can watch a movie or read a book that does that well too," said Neurath. "The unique power of interactive entertainment is that it can create this experience that is unique to players. So we really wanted to lean into that, that's what's fascinating."