Civilization VI on iPad is a Marvel 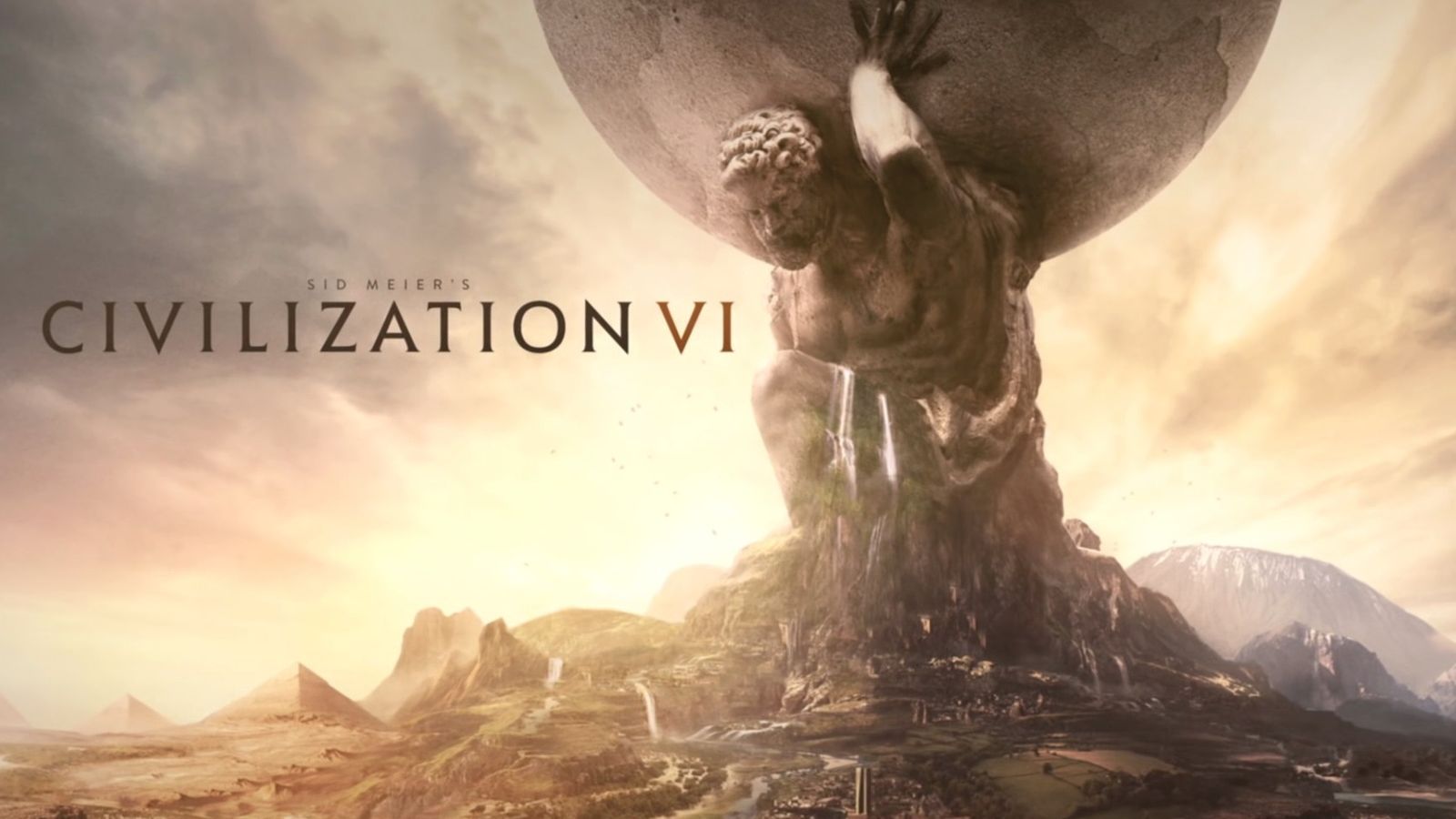 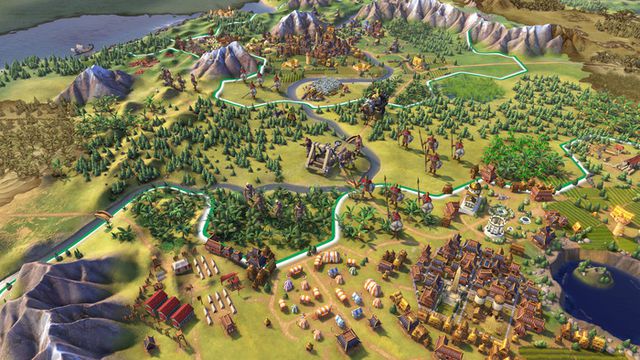 ​
Civilization 6 was recently released on iPad, which came as something of a surprise. Publisher Aspyr Media had made no previous announcements. This is not some lite version of Civ stripped down for touch-screen, mobile implementation. It’s the whole game. It’s the first time a full Civ game has been released on mobile, though previously we’ve seen arcadey versions like the underwhelming Civilization Revolution.

When it arrived on PC last year, I reviewed Civilization 6 and was generally impressed. It's a useful evolution of the empire-building series, engaging geography as a major factor in societal progress while honing systems like combat, science and culture.

That is to say, Civilization 6 is a really big game, especially for a mobile device. At any one time, there are dozens of units, menus, items and tiles to manage.

I've been playing on my iPad over the Christmas period. My overall impression is that this is a terrific technical achievement. It looks almost as good as the PC version. Its touchscreen controls feel mostly natural. It’s one of the most finely implemented PC-to-mobile ports I can recall. There are minor issues, but these do not detract from an engrossing, fun experience.

If you're looking for a deep, thoughtful, engrossing game for your iPad, and you've never played a Civilization game before, let me introduce a few of its concepts. It can be a bit daunting at first. If you're already a Civilization aficionado, feel free to skip the next few of paragraphs.

In Civilization 6, you are the leader of a nation, like Egypt, England or the Inca. You are presented with a landscape, most of which is unexplored. You are given two units. One is a settler, who you can use to build a city, generally in a location where there are marked resources, like stone, arable land, pastoral animals or luxury goods, like copper or tobacco.

The other is a warrior, who can explore the map, fighting barbarians or other players. Your job is to expand your empire by exploring the neighborhood, building more cities, empowering those cities with resource-giving buildings and fighting against enemies. You fight by building various military units and upgrading them along the way. 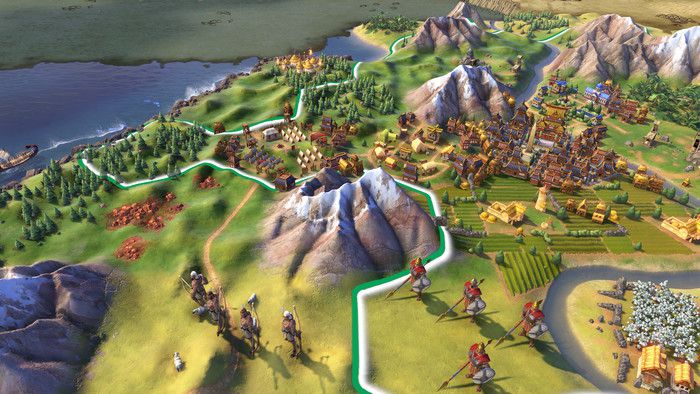 All this is supplemented by an ongoing scientific tree that you navigate, selecting the technologies that are most useful to your strategy. You win by conquering your rivals, or by besting them in the scientific race. You can also win by creating a powerful religion that you relentlessly export through priests, or by focusing on culture, building great wonders and creating notable citizens.

The trick is to figure out a strategy that matches the random situation you are given at the beginning of the game, or that suits your personality. But whatever route you choose, it's essential to maintain some kind of balance. A player who goes all in on science and neglects defense will be invaded. While a player who neglects science to build military units will soon become obsolete and weak.

Other nations’ leaders, in single-player mode, are AIs who are generally capricious. The AI is a weakness in the game, but it's definitely improved over the years. Games of Civ 6 take many hours, but because it's turn-based, you can use as much, or as little attention, as you need.

How it plays on iPad

As I've said, it plays out on PC just as it does on iPad. But I’ve come across a few minor annoyances.

It's possible to touch a unit and sweep my finger across the map to send it to a certain point. On occasion, this became messy — especially if your fingers aren’t super-slender — with the line of navigation going awry. So generally, I use the control panel, just to avoid this occasional annoyance.

During my turns, I’m able to select any unit and give it an order. But the game sometimes performs more smoothly if I follow the suggested unit selections. Strategically, this doesn't often make a difference to how I play the game. If I really need to select that Redcoat or that Chariot before something else, it is usually fine, though sometimes I feel a certain fiddliness, a reluctance on the part of the game to do as I wish.

The AIs are just as bonkers as ever, changing their minds over serious matters in a single turn. But I'm used to them now, and am able to understand what the game's designers are trying to tell me, through these perplexing messengers. As an aside, I wish it were possible to turn off or simplify the rival civilizations’ messages, which they send me during their turns, but which require that I respond in some way. This would allow me to leave the game for a few moments, and come back knowing that my turn has come around.

If you want to play real people, you can. I played a one-on-one hot-seat game and it worked fine. You can also play on a LAN. Unlike the PC version, there is no online multiplayer. 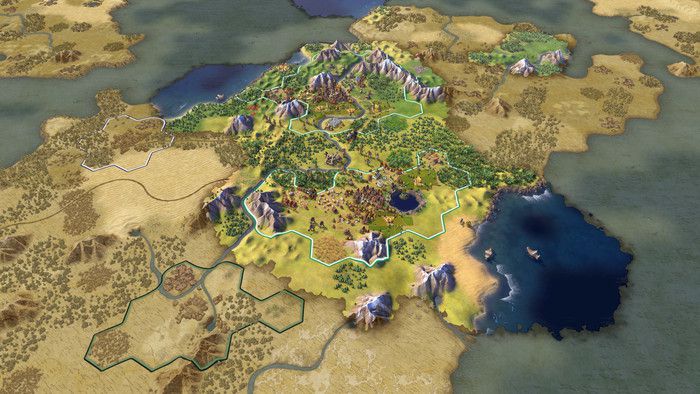 Civ games can take a long time between turns, especially in late game situations. The iPad version is no different. However, since I'm generally playing while cooking or chatting to my family or semi-watching TV, it feels less bothersome than on PC. That said, the iPad version does offer a red letter warning that the turns are especially long on optional large maps. This is true on PC too, but there is no warning there, so I'm staying away from the larger maps on iPad.