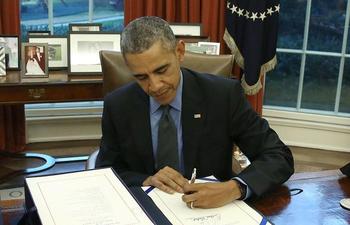 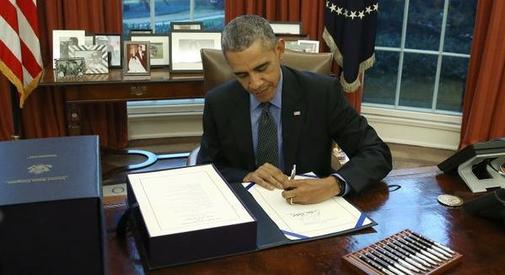 ​
Ever since the tragic events that took place on September 11th, 2001, the world has been in an on going “war on terrorism.” In the US, legislation like the Patriot Act was created and many pre-existing organizations, such as the NSA or GCHQ, increased in strength. Similar effects can be found on a global scale with various new anti-terrorism laws and a growth in international surveillance programs. While I think everyone can agree that heinous terrorist acts are a major issue in today’s society, a lot of people will argue that some of the modern day security measures are over-the-top and unjust. On December 18th, US President Barack Obama signed a bill that contains the entirety of the Cybersecurity Information Sharing Act, a highly controversial surveillance act that threatens the privacy, freedoms, and potential progress of society.

For nearly five years, the United States Congress has tried on multiple occasions to pass some sort of cybersecurity bill. Whether it’s the Cybersecurity Act of 2010 or the Cyber Intelligence Sharing and Protection Act (CISPA), these bills have always raised a well-deserved amount of controversy. After failing to pass this legislation numerous times, Congress decided to hide CISA in an omnibus budget bill that was practically guaranteed to pass. If this bill did not pass, the government’s funds would have essentially been frozen. Unsurprisingly, the bill passed the senate and was eventually signed by the president.

According to the text of the original CISA, it is “an act to improve cybersecurity in the United States through enhanced sharing of information about cybersecurity threats, and for other purposes.” The real concern isn’t necessarily about the desire to prevent cybersecurity threats, but rather the “other purposes.” The department of homeland security has even admitted that this act “could sweep away important privacy protections.” Furthermore, Senator Wyden explains that this bill is a “surveillance bill by another name,” due to the lack of protection of law-abiding citizens.

CISA is feared by many due its very vague language and the lack of privacy protection. The fact that the first sentence of the act ends with “other purposes” should be enough to cause a concern. Unfortunately, that is far from the biggest problem. The phrase “cybersecurity threat” is loosely defined within the context of the bill. Under the definitions section of the bill, a “cyber threat indicator” can include “anomalous patterns of communication” that may or may not lead to something malicious. Another, and arguably bigger, concern can be found in the “authorization for monitoring” section. In this section, the text of the bill states that entities can monitor their systems and information “notwithstanding any other provision of law.” This quite literally legalizes any sort of surveillance that was once illegal or unconstitutional.

While this legislation only applies to the United States, there are many international implications. The biggest one is that many international companies keep their data in US servers. No matter where a customer resides, if their information is stored in a US server it can be handed over to the government. Additionally, the US is known to be in various alliances with other nations that share signal intelligence data.

You often hear anti-terrorism used as an excuse for mass surveillance. The problem with this excuse is that the actions of the NSA and similar agencies have been proven to be ineffective against terrorism. The former director of the NSA has even admitted to this and simple math, like the math behind the false-positive paradox, can show how inaccurate a large scale search for terrorists can be. We have also seen multiple attacks, like the recent tragedy in Paris, after surveillance laws have been put in place.

One of the most common arguments brought up in a conversation about surveillance is, “if I’m not a bad person, I have nothing to hide.” While this may be true for an individual, it disregards the basic concepts of privacy. If one wants to keep certain accounts and computer activities secret, there is no reason why an exception should be made when it comes to the eyes of the government. The bigger problem is not necessarily the fact that the government can view what you're doing at a given moment, but rather the fact that they store all the information for later use. This puts society in a very vulnerable spot and gives too much power to the government.

Perhaps the scariest thought is that we don’t exactly know what the governments want to do with all the information they have on their citizens. Equally scary is all the negative implications that such a huge amount of information in the hands of governments can have. We have already seen what can happen when a country is afraid of a certain ideology. During the times of the second red scare and McCarthyism, the well-being and rights of US citizens were impeded by the US government’s fear of communism. The same can be said for many modern day nations, except instead of fearing communism they fear terrorism and radical middle eastern groups.

In addition to the negative outcomes that can be directly caused by surveillance, there are also great societal advancements that could be thwarted by surveillance. Many of the things that today’s society takes for granted came about due to citizens acting against the interests of their government. For example, the Roman Catholic Inquisition would have put a stop to all heliocentric research if they had knowledge of it beforehand, which would have been a major setback in science. There were also major social and political movements, such as the civil right movement and the American revolution, that happened due to the fact that the government was unaware of all their plans. Because today’s governments are aware of everything that their citizens are doing, it is incredibly hard for any kind of revolution or major social advancements to take place.

A major consequence of CISA is the crippling of the world wide web. At one point in time, the world wide web was a place for unfiltered discussion and learning. It was the epitome of the ability to express oneself freely. Unfortunately, surveillance has changed the internet in a really negative way. Visiting esoteric sites, researching controversial topics, or using privacy tools can land you on your government's naughty list. Now users have to think twice before they make a simple internet search or visit a site. This is only going to get worse as time goes on, and it could possibly lead to the end of esoterica on the internet.

While the bill has already been passed and there isn’t much that can be done about it now, there are steps citizens can take to help protect themselves from surveillance. The easiest one is by using a virtual private network (VPN). There are multiple trustworthy VPN providers, such as Private Internet Access, that allow you to encrypt all of your web browsing data. While this isn’t the perfect solution and doesn’t protect you from companies that take advantage of CISA, it can make it a lot harder for your data to be monitored. The truly best way to protect yourself from CISA is by staying away from US companies. While there are many companies that have spoken against CISA, some of them have shown different interests behind closed doors. Just recently, Facebook has been facing allegations of lobbying for CISA, which they have publicly opposed. Of course, avoiding US servers can be very hard and it’s unlikely one can keep all of their data outside the US. However, a small amount of research can lead to the numerous open-source and free (as in freedom and beer) programs that are great alternatives for untrustworthy services.

While I would like to say there are ways to prevent similar future legislation, its seems like the US government is willing to do whatever it takes to fulfill their agenda. By putting CISA in a practically required-to-pass bill, it’s clear that the opinions of the citizens don’t hold much weight. Hopefully the political systems that were once founded on freedom, justice, and democracy will eventually prevail. Until then, only time will tell how catastrophic CISA and similar legislation will be.

The full text of the passed bill can be viewed here.
About author