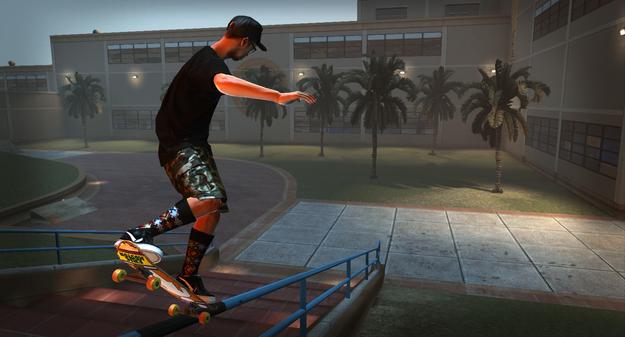 In November 2014, Tony Hawk himself revealed via Twitter, that work on both a new console game and a mobile game with his name on it was in progress. At Sony's CES keynote in Las Vegas yesterday he made it official, and the game is supposedly farther in development than anticipated, with an estimated release window sometime "later this year".

Since the first Tony Hawk's Pro Skater in 1999, a lot of titles have been launched in the Tony Hawk series, on a variety of platforms and with varying success. Developed by Neversoft, the early titles were well received by players and also critically acclaimed for adding unique gameplay and featuring great music to top it off. 2001 release Pro Skater 3 is one of the few titles in the genre to achieve top scores in reviews. American Wasteland, released in 2005, is for many the game that represents the fall of the franchise, and most games since have not really done too well. So the question is, will this new release be the one to bring the Tony Hawk franchise back to its former glory? Robosoft took over development in 2009, but there is no information on whether or not they are the ones working on the new title. The studio that brought the initial success, Neversoft, was shut down and merged with Infinity Ward in July last year, so it wont be them. The new game still has no official release date or name, all we know is that it will most likely be here in 2015 and as Tony Hawk said himself:

"I’m under embargo, but I can tell you that it has T H in the title."

The game is being published by Activision, so it might not be a PlayStation exclusive. However, we might see another timed one, those seem to be the next best thing as both Microsoft and Sony are quick to grab them as soon as they get the opportunity. The fact that is was mentioned on the CES keynote, which is not usually a place where Sony spends a lot of time on game reveals, could indicate that Activision is cutting a deal with PlayStation for exclusive content and marketing, just like it did with Destiny.

Are you looking forward to see what they have in store for us with this one, or have you given up on this series?