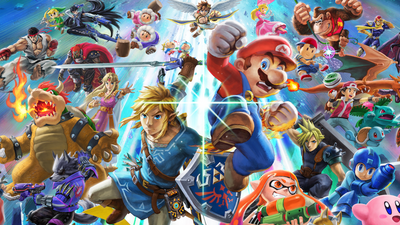 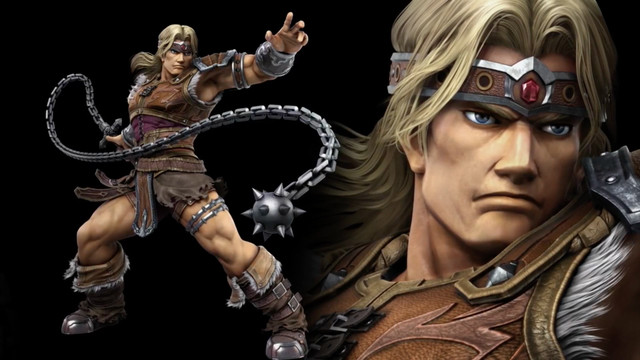 Simon Belmont is entering the Smash Bros. ring, Nintendo revealed during a livestreamed presentation about the series’ upcoming Nintendo Switch entry. The Castlevania hero is not only one of the first newcomers to be revealed for Super Smash Bros. Ultimate, but also its first exclusive third-party character.

The Nintendo Direct opened with a clip showing off Luigi with his ghost-hunting vacuum in a haunted mansion (of course). But Luigi isn’t the most equipped fighter of ghosts, so Simon comes in at the last moment to help him out. The brawny fighter uses coffins, whips chains and throws his fists to take care of his enemies. He’s also got his own stage, the pitch-black Dracula’s Castle — a classic battleground for this Castlevania hero.

Simon’s joined by another Castlevania character, however: Richter Belmont. He pops up at the tail end of the teaser, making for two fighters to represent Konami’s classic action-adventure franchise. Richter is an echo fighter of Simon, which makes sense: Richter is a relative of Simon. He first starred in Castlevania: Rondo of Blood. He’s also featured in Symphony of the Night, one of the most beloved Castlevania games.

Simon has appeared in several Castlevania games, including the first entry in the series. The series debuted on the Nintendo Entertainment System back in 1986, making Simon closely tied and indebted to the Nintendo family. He’s also a fan-favorite, and has been a requested Smash Bros. fighter for several games in the series now.

Finally, an assist trophy based on the beloved hero Alucard will also feature the game. He’s the star of Symphony of the Night, meaning he’s got some close ties to Richter. He helps out that Belmont hero both in Smash Bros. Ultimate and the Castlevania classic.

Last night, a music entry on the Super Smash Bros. Blog for a song from Galaga changed names to “Bloody Tears / Monster Dance” — a memorable song from the Castlevania series. That tipped off fans that Simon may be one of the reveals featured in today’s Nintendo Direct.

Super Smash Bros. Ultimate will launch on Dec. 7, 2018, as a Nintendo Switch exclusive.