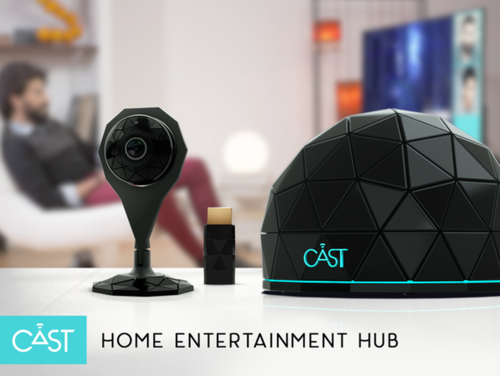 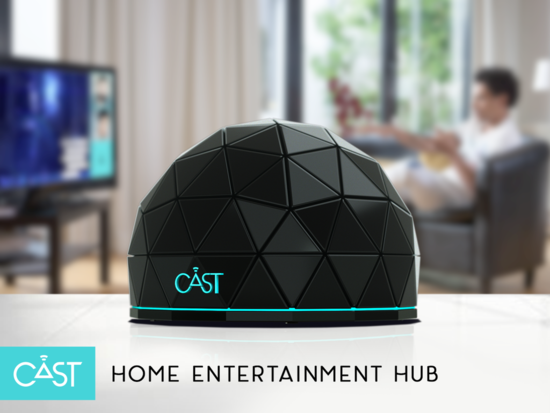 ​
Have you and your friends or family ever wanted to watch a movie together but unfortunately, you couldn't physically be together to do so? Well this may be the solution to your problems. Meet CAST, a home entertainment hub that allows you to live stream and mirror content from your own devices to your friends and families devices, allowing you to view the same content at the same time, but from different locations.

Now you may be wondering, what exactly can you stream to your friends? Well let's get right into that! According to the Kickstarter page, there are over 1000 apps that are ready to be used with CAST. These include some very popular apps such as Netflix, Twitch and YouTube. CAST even caters to sports fans by offering a wide array of sports app available to cast such as ESPN, NBA Gametime and more.

How does all of this work? Well if we are talking locally, using CAST is as easy as casting the app to your smart TV through your phone or tablet. If you have more than one device in your household that you wish to cast to, then HDMI sticks are available for purchase which can be plugged into your TV or monitor, and in turn, all of the things you cast from your phone will also be able to appear on that second device. You can add more HDMI sticks as you feel the need, so you are not limited to only 2 possible devices.

CAST is more than just casting in your home though, what makes this so special, as you may have picked up on in the first paragraph, is that it is able to share what you are watching and cast it to whoever you feel like. A common example that was used throughout the Kickstarter page was that you could now essentially watch a movie on Netflix with someone else without them ever being in the same room as you. I guess that puts a whole new twist on Netflix and chill. Jokes aside, this is clearly a very powerful feature and a huge selling point for CAST. You can also chat with your friends and family while watching whatever it is you are watching. You can have a live video chat or instant message each other, all through the CAST app.

Building on that last paragraph, your phone is considered your "magic wand" with CAST. Everything about CAST will be controlled through your phone so no additional remote will be included with CAST. Now speaking of what is included with CAST, there are two different bundles available. You can get the bare CAST Box with just the CAST set-top box and lifetime access, or, you could get the CAST Hub that comes with the CAST set-top box and a HDMI stick along with a webcam for video chats.

The power that the CAST is packing is said to be on par with a laptop. What's unique about the CAST system is that it seems to incorporate two WiFi antennas. One of these connects to your own home connection while the other "uses the fastest WiFi n/ac technology available to handle all the video, audio and webcam traffic, without using your home WiFI's bandwidth". The entire system is also based off of the Intel NUC platform, which is why it is said to be comparable to the likes of a modern laptop. All of this combined allows for clear, crisp streams, with little to no lag at all.

You can pickup a CAST device for as low as $99 USD for the barebones package, that is if you submit a pledge on Kickstarter. It is estimated to cost you about $299 when it ships sometime next year. You can pickup the CAST Hub package for $199 USD through a pledge and $399 regular when it ships. The CAST webcam will run you about $99 USD if purchased separately while the HDMI stick will cost about $49. What do you think? Will you be buying one of these devices? Leave your thoughts below!