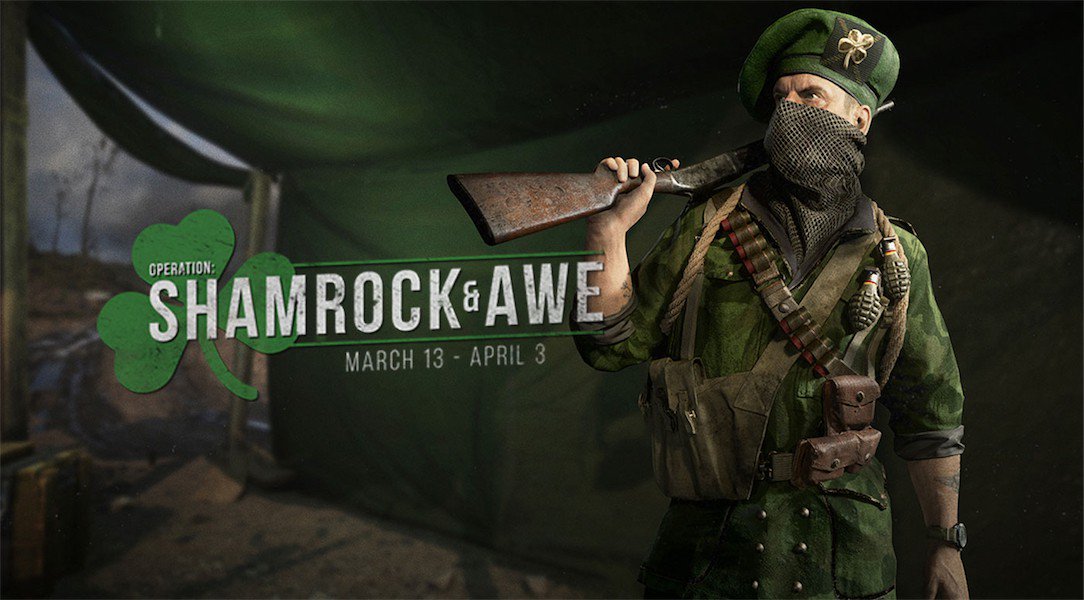 Call of Duty: WWII is rolling out its latest community event, along with a long list of content updates and additions for players. This includes a new re-imagining of a classic multiplayer map and a game mode where you hunt a terrifying enemy: a leprechaun.

The St. Patrick’s Day event, called Shamrock & Awe, starts now and goes until April 3. There is St. Patrick's Day-themed gear, which you can see in the video above, and the introduction of two new weapons: the M-38 Submachine Gun and the MG 81 Light Machine Gun. There are St. Patrick's Day variants of both guns, available for a limited time, but other variants of the guns will be around after the community event ends.

Shamrock & Awe also comes with a new game mode called The Leprechaun Hunt Moshpit, which puts a twist on the traditional Team Deathmatch, Hardpoint, Kill Confirmed, and Domination modes; a zombie leprechaun will now be hiding somewhere in each map. Any player who kills the creature will be rewarded by having all their equipped Scorestreaks filled and ready to deploy. The mode will be available as a Featured Public Match playlist through the community event and will also offer 2XP from 1 PM ET / 10 AM PT on March 16 until 1 PM ET / 10 AM PT on March 19.

Another new map is available to download for free starting today, providing you have the WWII Season Pass. Shipment 1944 is a re-imagining of the classic close-quarters multiplayer map. It'll be available for free to everyone starting March 16.

On top of the community event, developer Sledgehammer Games has also rolled out new content and bug fixes in its latest update. Here are some of the key changes that have just been rolled out in the game: