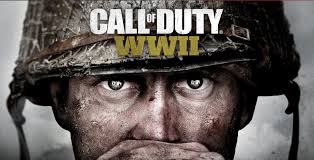 Activision previously announced the details of two special editions for the upcoming Call of Duty: WWII. It appears there will at least be one other version available for sale, and this one is the priciest edition yet.

Best Buy has published a store listing (via NeoGAF) for a $165 version of WWII--although, for whatever reason, it's currently on sale for $150. It includes a copy of the game and its season pass, a lenticular poster with the face of a zombie on either side, and a backpack. This features magnetic snaps to close it and a shoulder strap that allows it to be converted into a messenger bag. It also comes with removable patches, though it appears the Call of Duty branding itself is permanent.

​
Activision has not yet formally announced this edition of the game. As such, it's unclear if this is a Best Buy exclusive or how limited stock will be. We've contacted the publisher for more details and will report back with anything we learn.

Besides the standard digital and physical editions of the game, there will be at least two other ways to buy WWII. The Digital Deluxe edition bundles the game with its season pass and other, unspecified content for $100. And GameStop is exclusively selling the Pro edition, which comes with a steelbook case, the season pass, and more. Pre-ordering any version of the game nets you access to an upcoming closed beta that has not yet been detailed. You'll also receive a special weapon skin in the new Zombies mode.

Call of Duty: World War II launches on November 3 for PS4, Xbox One, and PC. We don't yet know if this special edition will be available for all three platforms.