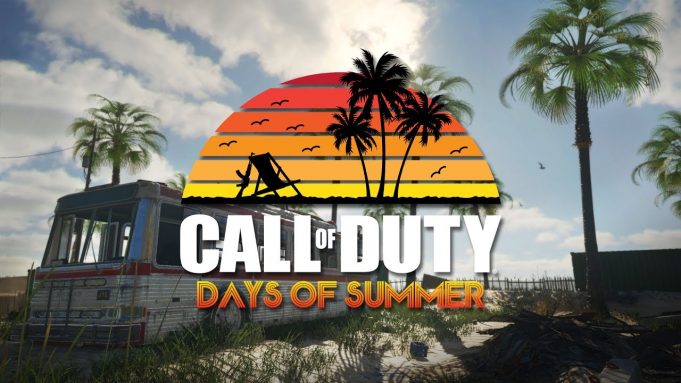 ​
Activision kicked off the Call of Duty Days of Summer event starting today. Coming to Infinite Warfare, Modern Warfare Remastered, and Black Ops 3, the event is beach- and summer-themed, adds a whole bunch of items, a couple of maps, and a game mode, and is completely free. It runs for the next five weeks, ending on August 1.

Activision announced the Days of Summer event on its blog, detailing that there are a number of content drops coming to the three most recent Call of Duty games. Highlighting the event are two DLC maps that you can play for free. The first is a redesigned Bog map for Modern Warfare Remastered. Called Beach Bog, it now looks like a cool, sunny beach spot rather than a nighttime battleground. This event also comes with four new weapon camos that you can unlock on Beach Bog, although you'll have to complete their related challenges by August 1 to get them.

Infinite Warfare players, meanwhile, can try out the Turista map from the Continuum Map Pack for free. It's only available until the Days of Summer event ends on August 1, however.

The other big addition is the return of the Prop Hunt game mode to Modern Warfare Remastered. In this mode, some players can turn into inanimate objects on a map; their goal is to hide and avoid being spotted by other players who are trying to kill them. This new Prop Hunt adds a bunch of beach-themed props like sand castles and beach balls.

Black Ops 3 players have a chance to unlock a special Pack-A-Punch camo, and they can also play the maps from the Awakening Map Pack for free. These Black Ops 3 perks go live on July 11 and end on August 1.