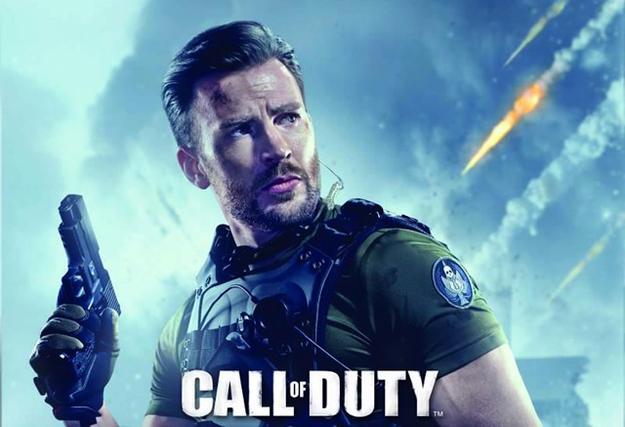 Call of Duty: Advanced Warfare was released earlier this year as game number 11 in the world wide, billion dollar franchise. However, none of the titles ever made their way to China. In January of next year, China will be getting their very own version, titled Call of Duty Online. Raven Software is working to make a game specifically for the Chinese market, and it will be published in cooperation with Tencent, one of China's largest online companies who also holds shares in Activision itself. A new trailer for this game's impending launch has recently debuted online, with actor Chris Evans in the spotlight:

Call of Duty Online is built with assets from Call of Duty 4: Modern Warfare, Modern Warfare 2, and Black Ops as a base, but will feature resources from newer games too. Campaign, multiplayer and a robot zombie mode will be included in this release, where you will find elements, maps and characters from previous CoD titles incorporated. As this is a free-to-play online PC game, Activision will get its money from microtransactions, as players can buy customizations and enhanced weapons for their in-game avatar. In its gameplay, all modes of Call of Duty Online will be completely free.

China has approximately 300 million PC gamers, and 100 million of them play first person shooters, so there is no wonder Activision is willing to put some effort into getting a piece of that market. Currently, the most popular game in the genre is a South Korean first person shooter from 2007 called Crossfire. Tencent, the same publisher now working on CODOL is behind this aging success, but because they realize the market is in need of something new, they choose to put their money on Call of Duty Online. There will be a lot for players to get used to, as Crossfire is a much simpler game. Without the ability to aim-down-sight even, it is basically just hip-fire running and gunning. Raven Software has spent years trying to find the right balance, and after the beta was opened in early 2013, everything from resolution to in game mechanics have been tweaked and specifically tailored towards the Chinese player base. In this market, a display in high-resolution can send the message that this game demands a lot of a PC and will in the end turn players away without even trying it. Optimizing the performance for common PC specifications and keeping the client's download size reasonable has been key in the development process.

The full version of the game will be released in China on January 11, 2015, and remains a Chinese release only.

Are you going to go get a Chinese IP so you can take this one for a spin, or are you good with the current selection of Call of Duty titles available? Would you like to see this version of the game released here too?