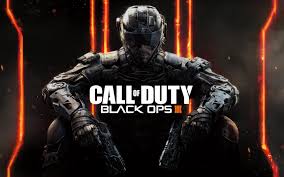 ​
Call of Duty: Black Ops III may continue to receive new content in 2017, developer Treyarch has suggested. In a Facebook livestream today, studio head Dan Bunting said the 2015 first-person shooter remains popular, so the developer wants to put out fresh content for fans.

"I cannot say anything specifically at this point in time, but I can say that as Treyarch, we are excited about this game," he said, as reported by CharlieIntel. "And as long as they continue playing our game, we're going to continue to support it in the same way. We can look forward to another healthy and fun year of updates in 2017."

Black Ops III received four expansion packs, wrapping up with this year's Salvation add-on. More content for Black Ops III would be a surprise, as post-launch support for each game usually ends around the time the next game launches.

Black Ops III was 2015's overall best-selling title, while as of August 2016, it remained the best-selling current-generation game, according to Activision. Sales of the newest Call of Duty game, Infinite Warfare, have declined substantially compared to Black Ops III. Activision always anticipated this, but the company might not have expected such a precipitous drop-off in sales.