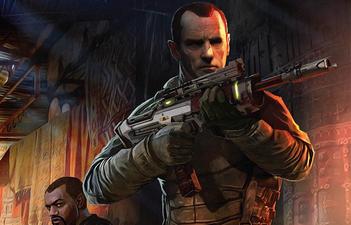 Call of Duty has grown to become one of the most successful videogame franchises. While a lot of gamers got sick of the same-old formula, there are still millions of people who buy the new games every year. Activision has decided to take the Call of Duty franchise outside of videogames and puts the world of Black Ops III into a comic book.

The comic book will be published by Dark Horse Comics, who is responsible for publish multiple graphic novels ranging from RoboCop to Avatar: The Last Airbender. The writer of the book, Larry Hama, has written stories for similar franchises such as G.I Joe. The Artist, Marcelo Ferreira, is also a seasoned veteran who is most known for Transformers and TMNT.

The new book is meant to add a whole new dimension to the Call of Duty world. Most Call of Duty games tend to solely focus on the gunplay and have rather thin plots. The comic book plays the opposite role, and serves as a way for fans to learn more information about the plot and characters of Black Ops III. The book is a prequel to Black Ops III and is set to release two days before the game launches on November 4th.